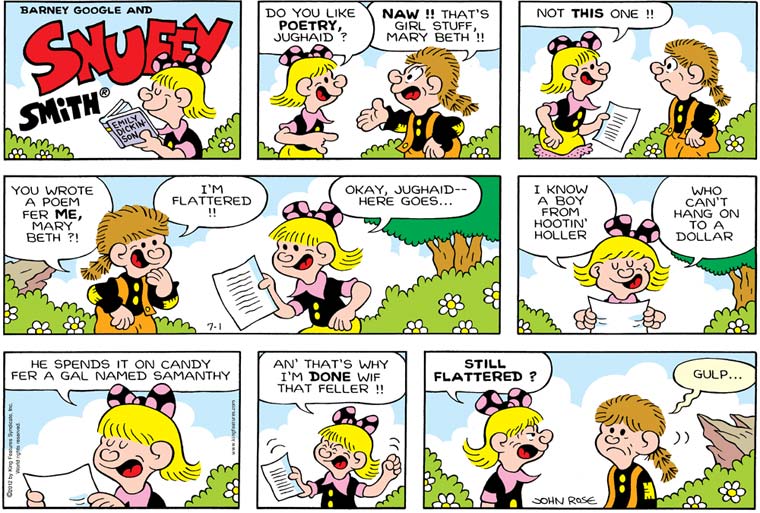 Here is a True Story from Josh’s Real Life Events: Many years ago, when I in the midst of my failed attempt to acquire a PhD in ancient history, I discovered that getting a humanities grad degree doesn’t pay particularly well, so I used to do office temp work between semesters. So in this one temp gig, I was doing doing filing at a professional association for optometrists with a guy who was getting an MFA in poetry (AND THAT SENTENCE IS A SELF-CONTAINED CAUTIONARY TALE FOR ANYONE THINKING ABOUT GRAD SCHOOL, BY THE WAY). As people do when bored with mindless work, we started shooting the pop-culture breeze, and somehow it came up that I had alway found it amusing that Steve Miller appeared, based on the evidence of the lyrics in his smash hit song “Take The Money And Run,” to believe that “Texas,” “taxes,” “facts is,” and “justice” all rhymed with one another. And the poet-temp, whether to pull my leg or be contrary or because of genuine poetic conviction, made the case that there is a such thing as a “soft rhyme,” which has a long and honorable history in poetry, and thus Miller’s rhyme scheme was perfectly acceptable in that context.

I was already planning on bringing this anecdote up as a lens through which to discuss Mary Beth’s rhyming of “holler,” “dollar,” and “feller.” In my own speech, the first two rhyme with each other but neither with the third, and I wondered if this were an example of soft rhyme or if we were getting a glimpse of the phonology of Hootin’ Holler’s unique, isolated dialect. But then I took one last look at the throwaway panels and finally noticed that Mary Beth begins the strip by reading Emily Dickinson — the very poet my co-temp used as an example of someone who employed soft rhymes frequently. Thus I’m assuming that our young poetess, while still clinging to traditional structural forms like the limerick, is beginning to explore more advanced techniques. This is, in other words, the most cultured Barney Google and Snuffy Smith ever written, not that there’s really much competition for that title. 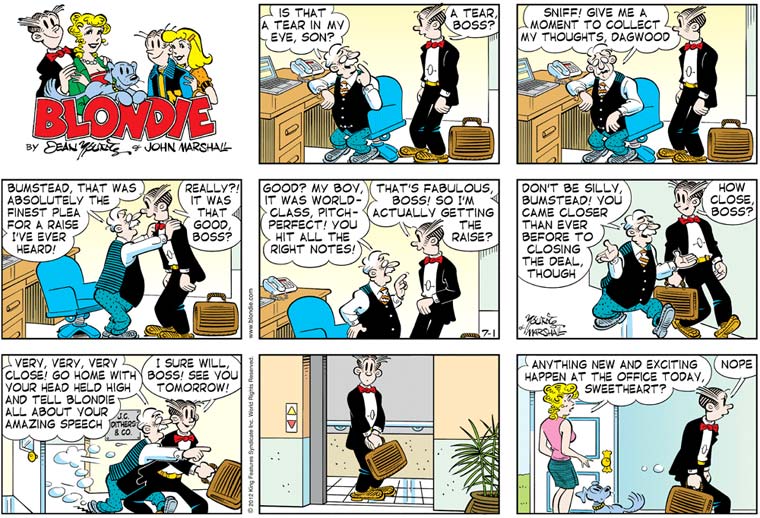 Speaking of academia, if you’re writing a thesis about the connection between masculinity and earning power in pop-cultural depictions of contemporary society, you could find worse examples than the next-to-last panel here, in which Dagwood, finally realizing that he’s been duped again, crouches a bit and gently protects his crotch with his briefcase. 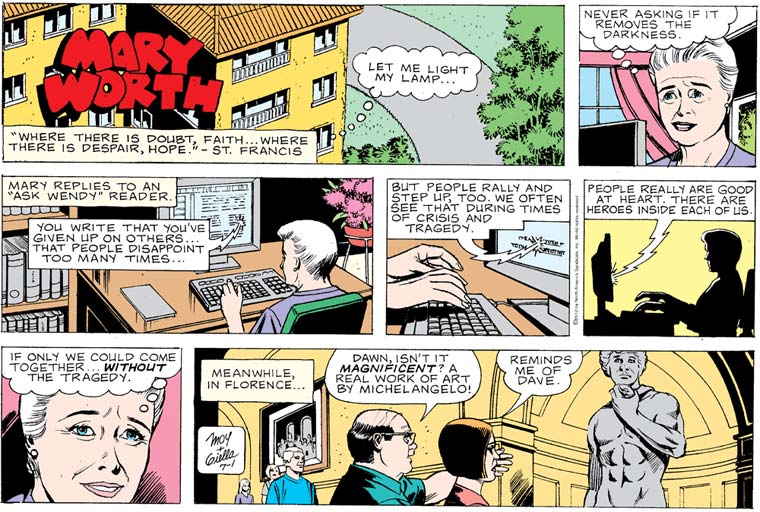 I was going to write the long riff about how Mary’s response is just as vague and bloviating and self-important as the letter that prompted it, but then I got to the final panel, where we learn that Dawn can’t go anywhere without being reminded of her ex-boyfriend’s cock, and literally all other thoughts were sandblasted out of my mind.