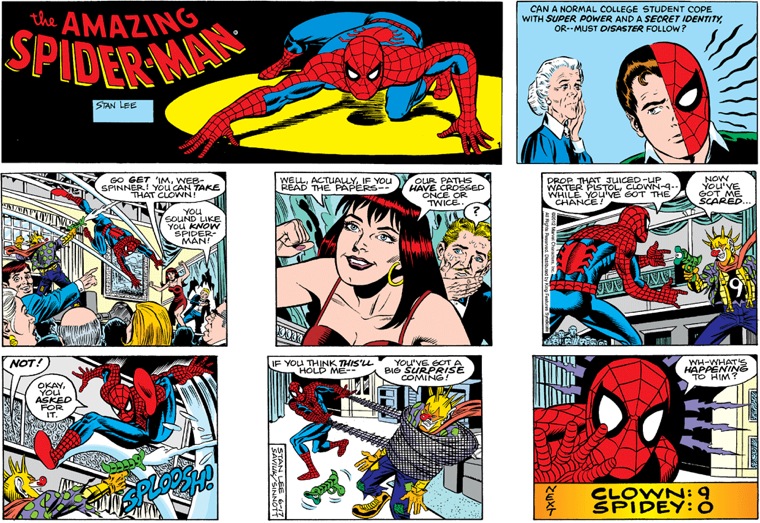 You get to a point with these Newspaper Spider-Man villains where you just give up on them ever being actually fearsome and embrace their camp value. Thus I was genuinely delighted to see that Clown-9, in addition to being a goofy dope who drives a duck car and thinks a high-powered squirt gun is threatening and has no higher ambitions of evil than disrupting a Broadway play, also thinks “not” jokes are funny.

Still, the final panel worries me, delightful as it is to see “SPIDEY: 0” written out explicitly. Is Clown-9 suddenly transforming from a lovable weirdo into something truly terrifying? Is he gaining super-strength, Hulk-style? Is he unveiling some kind of super-weapon? Is he renouncing “not” jokes, which Spidey loves almost as much as he does?

Whoops, sorry about the permanent injury you suffered from being dragged around by the ears, wholly innocent rabbit! I guess the lesson here is that you shouldn’t act twitchy around cops in Slylock’s thuggish police state.