Ha, what’s this? Something has gone terribly wrong with the Heathcliff coloring process — and by “terribly wrong” I mean “delightfully right,” obviously. Someone who knows more about this than me should chime in, but I’m guessing what we’re looking at is an image file that only contains some of the Photoshop layers that went into the strip. It’s totally incomprehensible and actually amazingly beautiful, as far as I’m concerned, with the pastel-y vibe and the large, unsettling white spaces on the cat’s faces. This should be hanging up in some little avant garde artspace downtown, but instead it will have probably been “corrected” online to the usual Heathcliff banality by the time you read this. 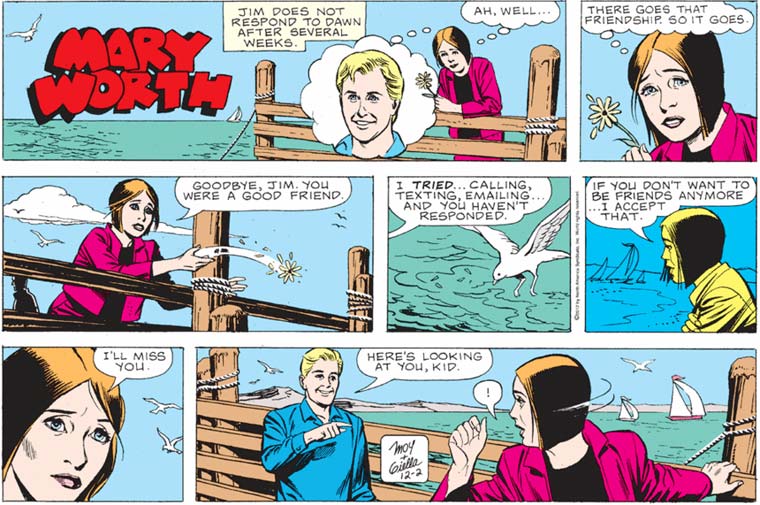 Gosh, whaddya know! Jim’s down at the pier and he’s not panicking or freaking out at all! I guess he managed to cure himself of being a trauma-haunted, semi-delusional control freak with years of therapy with a trained professional by just sucking it up and going down to the pier and realizing it’s not so bad. Problem solved! Now he’s going to point at a bunch of people, just to prove that, despite his missing arm, he can point with the best of them, just like any two-armed man would. 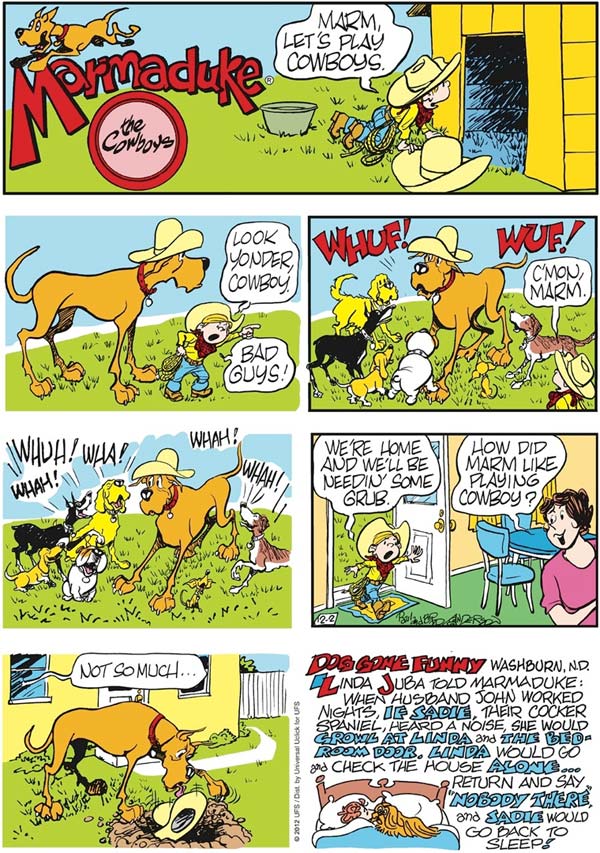 Marmaduke didn’t like playing cowboy so much. His task was to send humans down the infinitely deep pit to the hell-dimension that was his awful kingdom, not other dogs. Why did the dogs provoke him? Never again, he thought, as he watched the hat fall downward, ever downward, to the chamber of eternal agony. Never again.

Yes, Mr. DeGroot! Burn it. Burn it all! Burn everything down.