You guys, John and Mary aren’t just practicing baking a cake. That’s only a part of the elaborate stagecraft that goes into Santa Royale’s elite cake-baking contest! They also have to carry their cake from one place to another, and are thus quite sensibly going through a trial run of that as well. Probably in real life the reason this stack of tins is the exact same color as the practice cakes Mary and John have been making is because the colorists can’t be bothered to distinguish among the various cylindrical objects the strip’s been featuring over the past few weeks (additional data point: freestanding set of cookbooks, all the same dull steel grey), but I’d like to believe that John carefully painted each tin after filling them with odds and ends, for added verisimilitude. 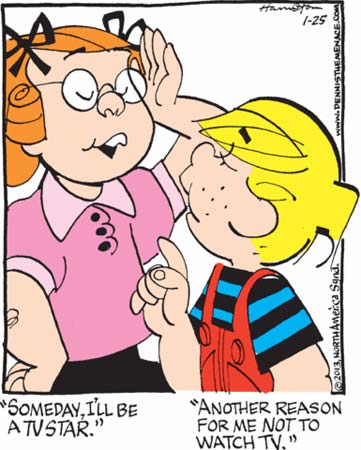 Good lord, Dennis is one of those people who go around smugly informing everyone that they don’t watch TV. Menacing factor: Increased! 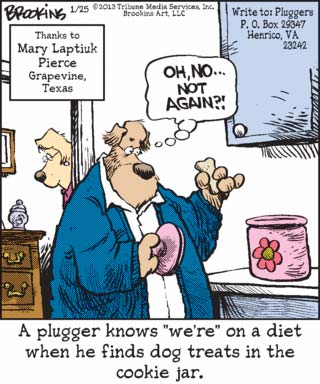