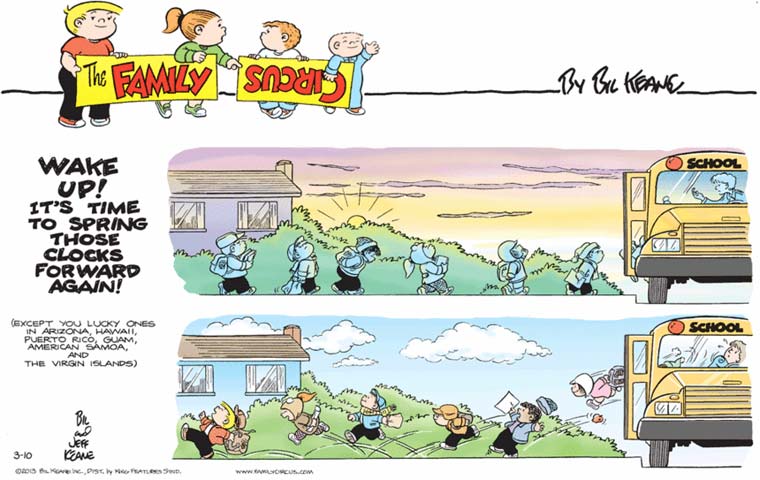 Good morning, America! Are you feeling a little … discombobulated? Like you didn’t get enough sleep? That’s because you’re under the boot heel of the United Nations and their one-world “Daylight Savings Time” plot. Most Americans are like the kids at the top of this panel, trudging off to another grey day in the grip of New World Order chrono-tyranny. Only those citizens in the few remaining freedom-loving states and insular areas are like the kids at the bottom, skipping and dancing in the bright light of liberty.

I know it’s hard to tell, but Les seems even smugger than usual about whatever bit of judicial activism has Crazy Harry so worked up. “Roberts and his cronies just said that, under the Constitution’s right to privacy, a man remains married to his sainted dead wife’s ghost even when he marries another living woman! It’s not natural, I tell ya!” 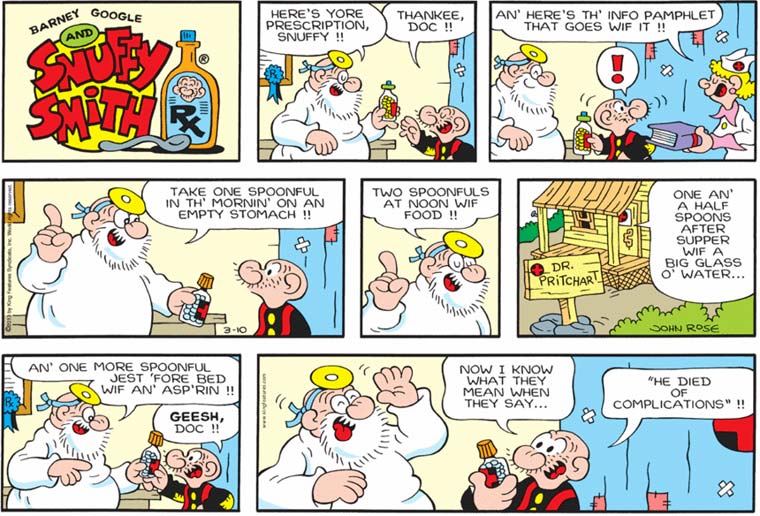 Soooo … Snuffy is going to die from taking too many or not enough pills, I guess?