The only thing Herb and Jamaal loves more than eschewing concrete nouns is rerunning the exact same joke every few years, so you’d think the last thing it would do would be to make a joke about a very specific television program that aired only a couple of weeks before the strip was published. I guess a mildly accurate recounting of the Bible from the same cable channel that brought you Ancient Aliens generates enough excitement to break longstanding strip traditions! Anyway, obviously Hip Young Reverend Whose Name I Forget is referring to the actual Bible in the punchline, but wouldn’t it be a bazillion times funnier if he were talking about this, which is a real thing that exists? 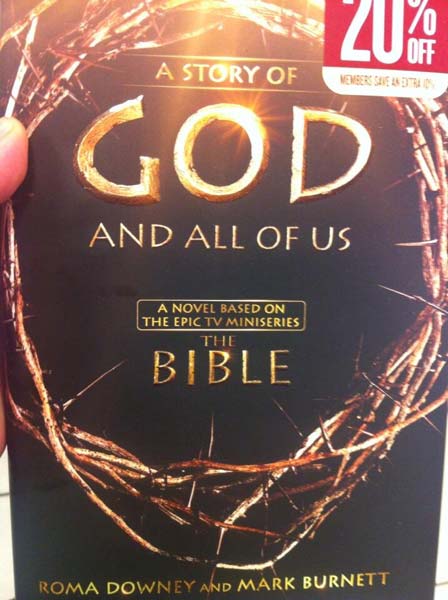 Oh, man, New York’s hot, devil-may-care governor is so intensely interested in having sex with Lu Ann Lu Ann’s art-classes-for-veterans’-kids charity that he isn’t even bothering to talk to anyone else at this party. This quickly establishes his personality (i.e., we now know he has sent a non-negligible number of pictures of his penis to lady constituents via various electronic communications platforms) and also saves the strip artist from the terrifying prospect of drawing a crowd scene.