When we last checked in with Moon Maid, she was fleeing to Dairyland after her attempt to return to the moon ended in failure. Given the traditionally Chicago-centric world of Dick Tracy, it seemed reasonable to assume that this was a reference to the nearby great state of Wisconsin. But today’s strip makes it seems like she’s wandered into Berlin circa 1945 instead. Is this the scene of a typically violent Dick Tracy storyline’s denoument? Is America’s greatest lawman just leaving ruined buildings in his crime-solving wake?

“If isn’t them, I don’t care, though. Fuck otters I don’t know personally. I hope he makes them into hats.” 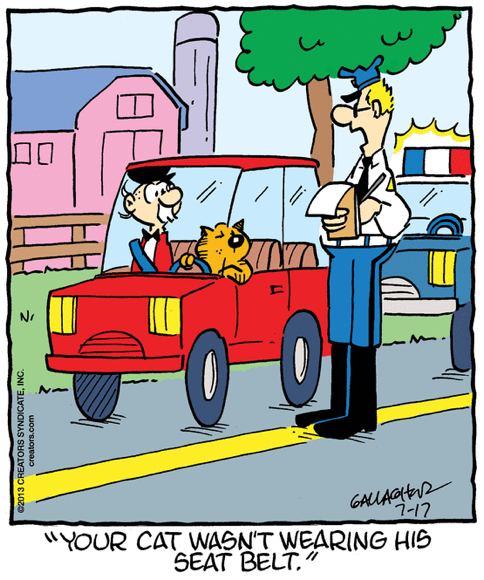 “Also, your ‘tires’ are perfectly two-dimensional circles, somehow resting on their infinitely thin edge. Why aren’t they slicing through the pavement as if it were butter?”

(That “birthday” in the title is my birthday, by the way. I am 39! Enjoy today’s post while I mourn my lost youth.)