Oh, man, this whole “Spider-Man is tormented by an irritating child” business is going so much better than even I had hoped! I feel compelled to point out that this isn’t the first time that an ugly youth attempted to unmask the unconscious wall-crawler, though in that earlier instance he had come by his unconsciousness with a shred of dignity — yes, he had knocked himself out, like a moron, but at least it happened during super-combat. This time around, he’s just dozed off while claiming that he’s going to “rest his eyelids,” grandpa-style. 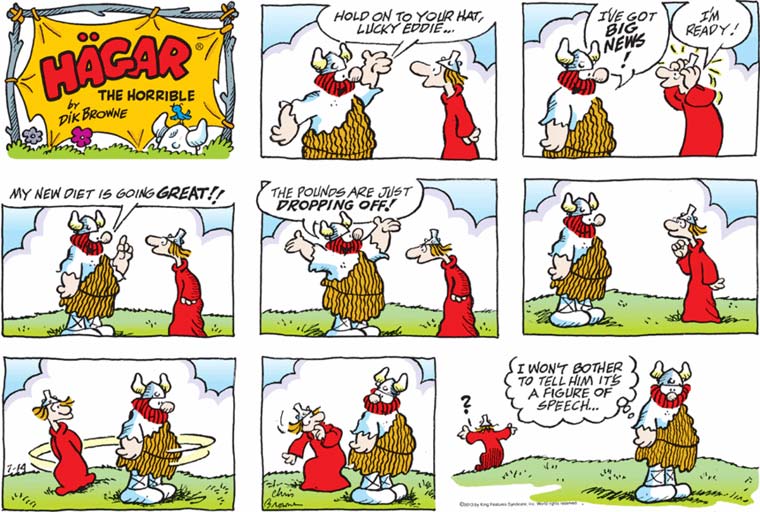 I’m not sure which I find funnier: that Hagar thinks his weight-loss news deserves two panels of set-up, or that Eddie interprets Hagar’s metaphor as meaning that flesh and fat are falling off his body in huge bloody chunks. No, wait, the second one, I’m pretty sure it’s the second one.