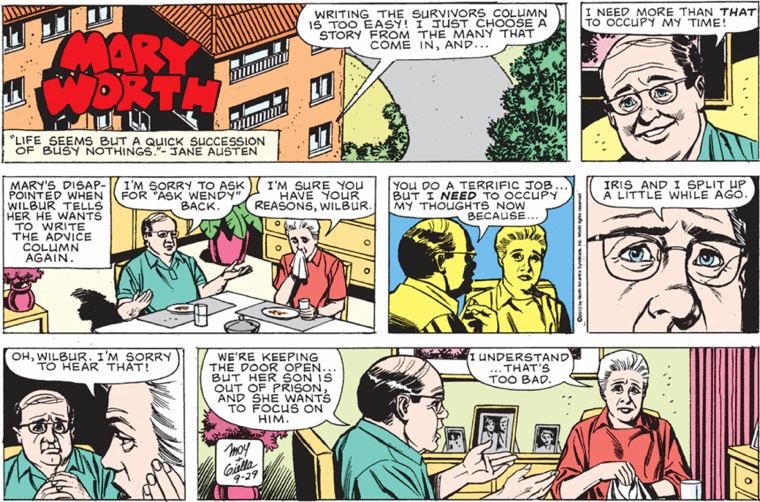 OH MY GOD YES YES YES TOMMY THE TWEAKER’S COMING BACK, EVERYBODY! Tommy was the very first great Mary Worth character I got to cover in this blog’s history. He referred to drugs as “stuff” and smoked weed where Mary could smell it and dreamed of having his very own meth lab and tried to sell meth to some college kid but the meth didn’t work and an angry mob smacked him around but the cops rescued him and then he thought-ballooned hilariously. Later, he went to jail and found Jesus by reading a tiny, tiny bible. Obviously hilarious hijinks are in store for us now that our rotating-door prison system has dumped this hardened criminal back on the streets of Santa Rosa after a mere nine years in stir. Iris is right to push Wilbur out of her life right now! He’s already terribly addicted to delicious sammiches, so who even knows what’d happen if he got hold of the hard stuff.

Oh, isn’t this cute! A bunch of anthropomorphic animals sitting around telling stories about how humans treated one another, in the Before Time. Isn’t it funny how humans had this thing called presumption of innocence? That they didn’t just throw you in a jail cell forever because some fox decided you were guilty? Might explain a lot about why they aren’t in charge anymore. Animals, they don’t worry about niceties. Animals get things done. 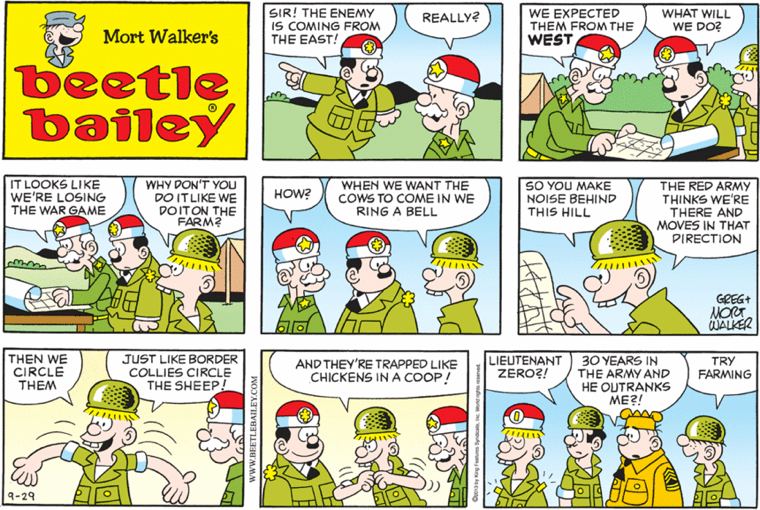 Oh my god, look at Zero’s face in the next to last panel, the sinister glint in his eyes as he imagines enveloping the enemy, cutting off all means of retreat, and methodically pounding them to bits with artillery. Their attempts to surrender are met only with sinister laughter. Testimony about this moment will feature heavily in his war crimes trial.