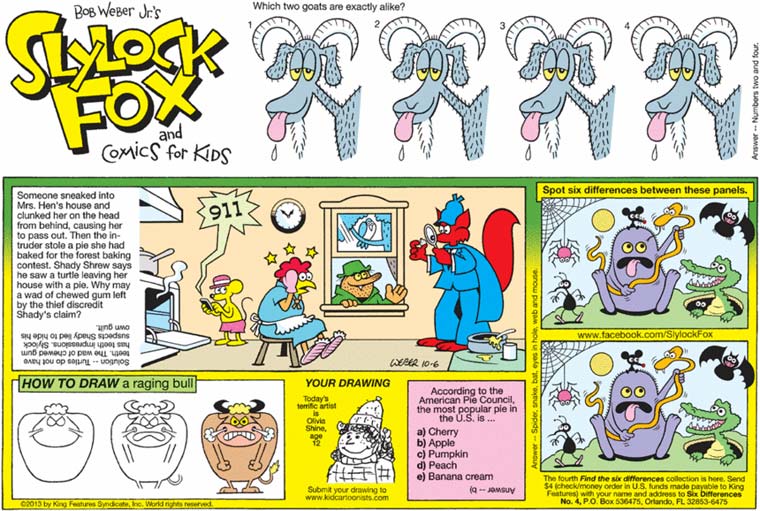 There’s an awful lot of fun things going in today’s Slylock Fox — that “How To Draw” bull looks more exasperated than raging, for instance, and I’d dearly love to know what’s going on in the Six Differences, in which ordinary animals seem to be ganging up on a baffled Grimace-thing. But the best little detail is that Max Mouse is surreptitiously dialing 911 as Slylock outlines the ratiocination sequence that will convict Shady Shrew of larceny and assault. He knows Sly’s been pushed to the limits by Shady Shrew’s constant low-level criminality, and fears that this might be the day when, instead of handing Shady over to the owl-run justice system, the predator-detective will just grab the insectivore between his powerful jaws and shake him back and forth until his neck snaps. Even though they’re on different sides of the law, Max can’t stand to see his fellow small mammal go down like that. 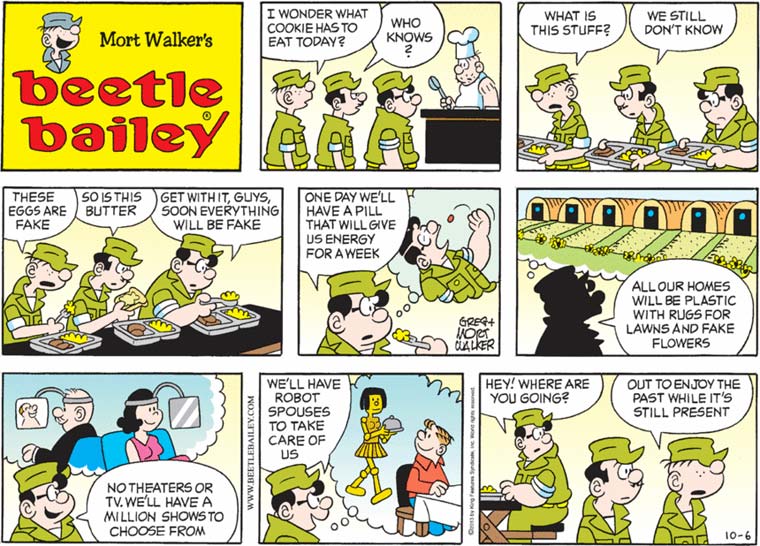 Welp, Beetle Bailey is still fixated on sex robots, but at least this time they’re imagined as part of the camp’s chilly rationalist’s vision of a dystopian, dehumanized future, so I guess that’s progress?