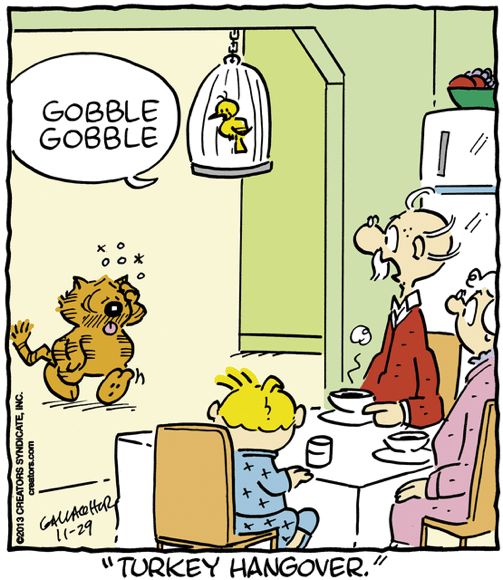 I love that the canary is taunting the hungover Heathcliff with a “gobble gobble.” It still feels loyalty to its clade. It may not have been able to stop the horrible scene of carnage that happened yesterday — it may have been forced to sit there in a cage suspended just feet away the table, forced to listen to the awful sounds of grunting mammals tearing tender bird-flesh away from the bones — but at least it can take some small satisfaction that they’re suffering.

“Wait, what? He can’t sing anymore? This changes everything. Definitely not going to make a move on him anymore. Probably not even going to stay for the rest of this meal. If I excuse myself to the bathroom now, I could be on the 6 train before he even realizes I’ve left.” 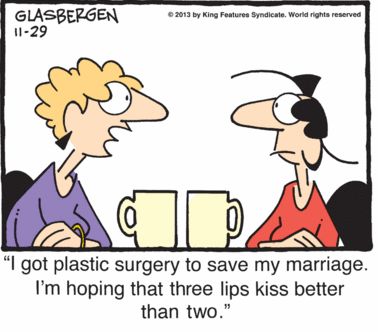