None of us ever asked for any kind of psychological depth to the awful title character of this terrible strip, but here we have it anyway: Marvin compulsively poops constantly because he’s a desperate baby wipe huffer and is too dumb to realize he can just pull the wipes out and breathe in their sweet, addictive fumes directly. Look at how smug he is announcing his chemical dependency and its effect on his gastrointestinal life! The first step is admitting you have a problem, Marvin.

Considering that Momma is sitting less than three feet away from MaryLou, I think we have to assume that she’s so angry and agitated all the time because she’s can’t hear anything but is too proud to admit she needs hearing aids. Just imagine that everything she ever says isn’t in response to what people are saying to her (which she can’t hear) but what she imagines they’re saying to her, which is of course something terribly negative. It explains a lot! 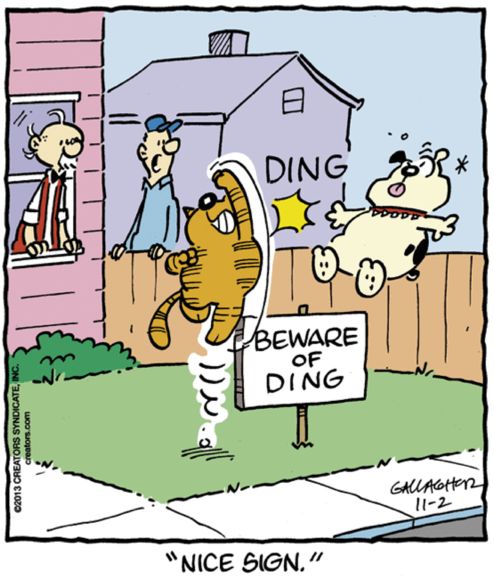 I originally read that sign as “Beware of Dying,” and I think we can all agree that this would be a lot funnier if that was what it actually said.