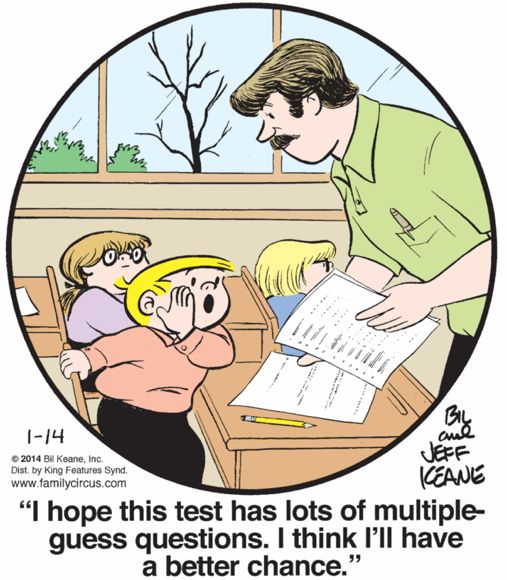 Even though the hairstyle/mustache combo marks this out as a probable rerun from the ’70s, I have a hard time remembering ever seeing a gentleman engaged in educating the Family Circus youth before. It does seem to undermine the Natural Gender Order, which is obviously troubling! Still, today we learn why male teachers (or, as I call them, “malechers”) may actually help reach kids in ways that more typical lady-teachers can’t: Billy feels comfortable telling this guy, man-to-man, that he isn’t really very smart. 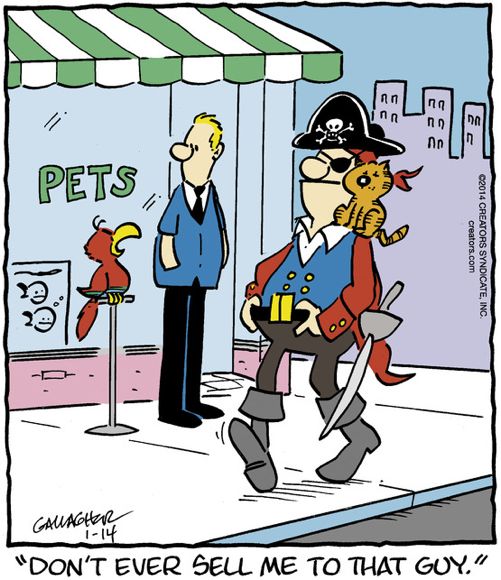 Let’s ignore the horror of a clearly sapient creature begging his current owner to not callously sell him to some monstrous stranger and instead ask: since Heathcliff clearly has no problem with being this pirate’s sidekick, what’s the parrot’s problem? Perhaps the pirate’s lack of a peg-leg marks him out as a poseur upon whose shoulder no self-respecting parrot would deign to sit.

Ken thinks that if he just arranges enough scenarios in which Mary to falls into peril from which she can only be saved by handsome actor Ken Kensington, she’ll eventually have to submit to his advances! But will she instead come to the conclusion that New York is a dangerous death trap? “Hmm, Jeff’s never saved my life … but then again, Jeff’s never had to save my life!” You’re playing a dangerous game, Kensington!