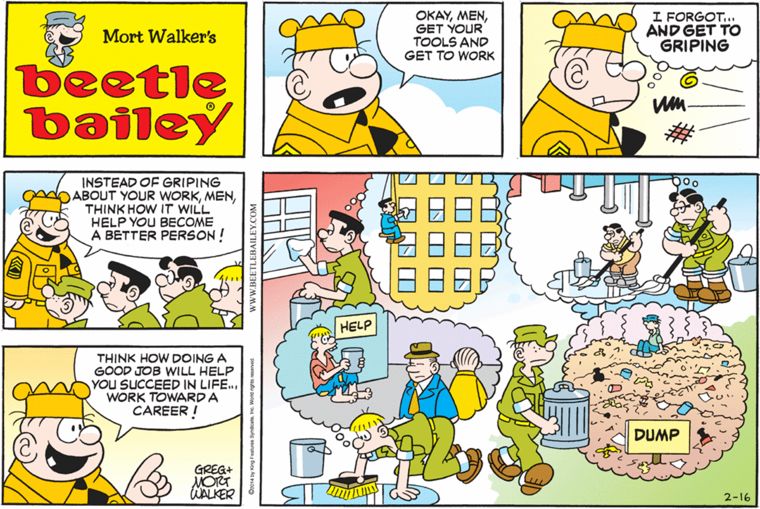 Today’s Beetle Bailey is certainly one of the more crushingly realistic commentaries on the nature of work I’ve seen in the comics lately. Sarge, standing in for the cheerleaders of the capitalist order who don’t do much manual labor themselves, urges his underlings to think of work as a intrinsically morally uplifting act. Yet in the final panel we can see that the ordinary soldiers aren’t buying this at all. Killer, most optimistic of the bunch, at least imagines that his window-washing duties might lead to a window-washing career that involves a certain degree of specialized skill and, one would hope, cachet; still, it’s not like he can get excited about it. Plato, ever the philosopher, knows that performing an identical act in a different location isn’t really any kind of change at all. Beetle can only visualize his future life as a reeking expanse of garbage, extending endlessly to every horizon. And Zero has the most harrowing vision: he knows that nobody in the private sector will pay him even minimum wage for the menial tasks that he’s only half-mastered, and that he will certainly starve if he can’t elicit sympathy from cruel-faced strangers. 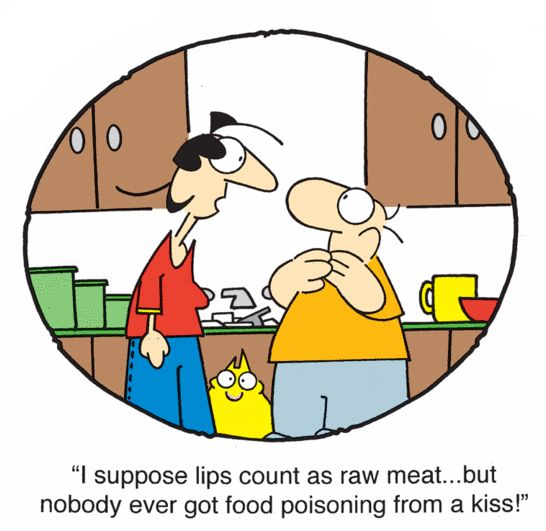 ha ha but it can’t have really said that