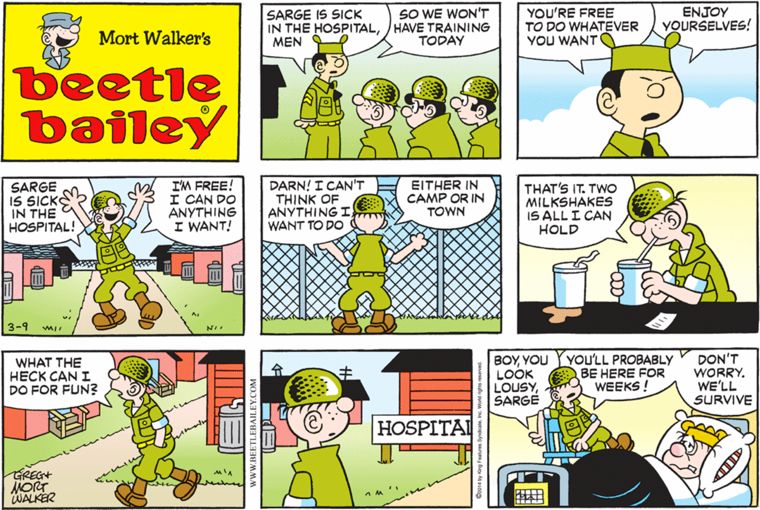 Today’s strip is a harrowing tale of what happens to a character stuck for more than 60 years in the highly structured and repetitive world of a peacetime military base/a comic strip. Offered the opportunity to spend some unstructured time without his commanding officer, there’s literally only one concrete idea Beetle can come up with: see how many chocolate milkshakes he can ingest. Panel five, in which he bumps up against the limits both of his stomach volume and his imagination, is one of the saddest things I’ve ever seen.

Nobody likes Crankshaft or his family, for obvious reasons. Though they still get invited to social functions out of obligation, their hosts generally go out of their way to let them know how unwelcome they actually are.