Usually Momma focuses on Momma as an overbearing, controlling monster who insists of being negative about every aspect of her children’s’ lives, and to my mind, the strip doesn’t spend enough time exploring another aspect of her personality: her bottomless greed. She’s often distressed that Francis doesn’t have a good job, or (because of her strict adherence to traditional gender roles) that MaryLou’s suitors don’t have good jobs, and this is generally presented as being an aspect of the whole controlling-her-children’s-lives thing. But as this dream sequence reveals, Momma also just straight up wants money, and since she’s old and unemployable and presumably living on some combination of Social Security and her late husband’s meager pension, her only hope of accessing money comes from her children. I mean, look at this! She’s literally sitting in a boat full of money with dollar signs floating over her head sailing towards what appears to be a gold-plated mansion and she’s never been happier in her life. It’s like she’s in a rap video, for pete’s sake. 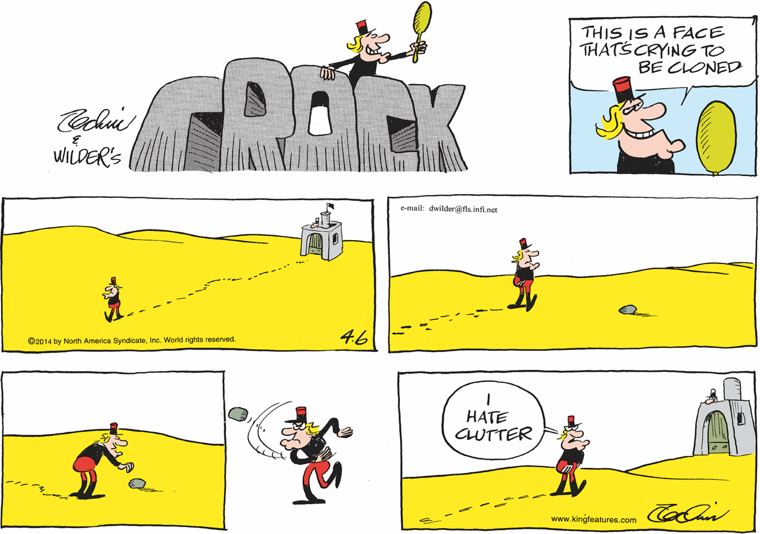 None of the Crock characters have anything resembling psychological depth, and Captain Preppie, whose whole personality can be summed up as “Handsome, cartoonishly narcissistic ladies’ man”, is shallower than most. Still, today’s strip is intriguing, exploring what happens to someone like this forced to live for years in an isolated desert fortress. The throwaway panels demonstrate his slide from garden-variety egotism to madness, as his love for his own handsome mug summons up eerie visions of dozens of identical Preppie-faces, grown in petri dishes in some awful lab somewhere. Only marginally less disturbing is the main action, in which the crazed Captain obsessively combs the sand around the fort for imperfections, ranting about “clutter,” while his soldiers look on. 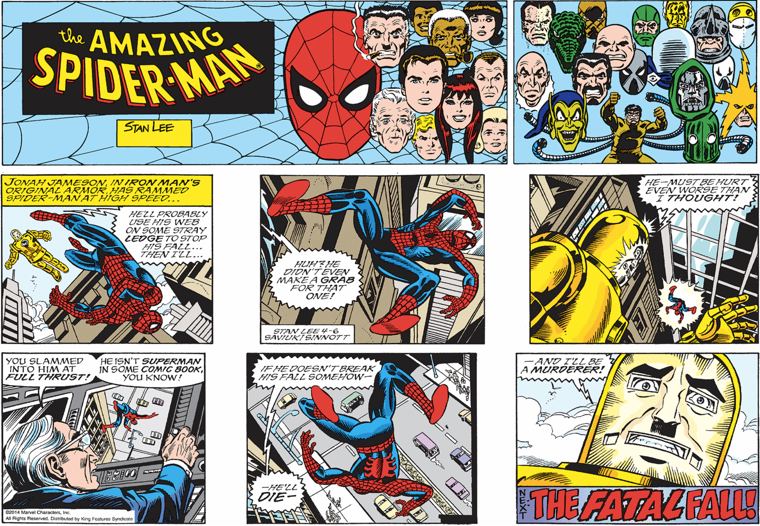 Awww, looks like J.J.J. has decided that Spider-Man is too pathetic to kill! This won’t be the lamest victory Spidey has ever scored, but it’s definitely in the top decile for lameness.