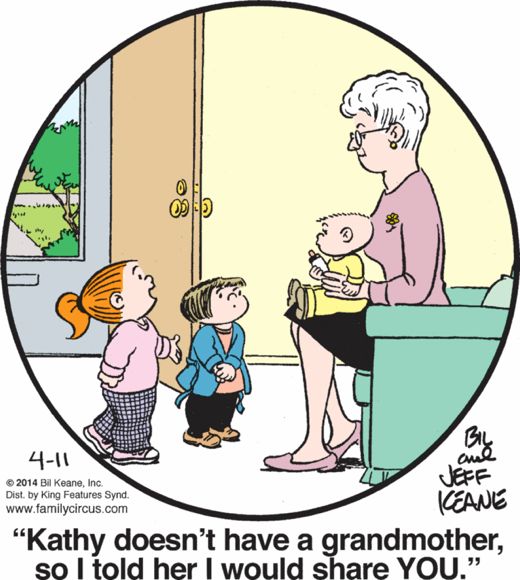 This would be some Garden Variety Family Circus Treacle were not for a couple key details: the expressions on the faces of Kathy and Grandma. Kathy is nervous, unsure of herself: she’s heard about Grandmothers, knows vaguely that they’re older, friendly types, but has never met one in the flesh, doesn’t know what they’re really all about. And Grandma … well, Grandma looks coldly triumphant. This one will do, she thinks. We’ll have to shave her head and put her on bread and water for a few weeks, but she’ll soon adapt to the Program. Don’t worry, dear. You didn’t have a Grandmother before, but you sure have one now. Whether you like it or not. 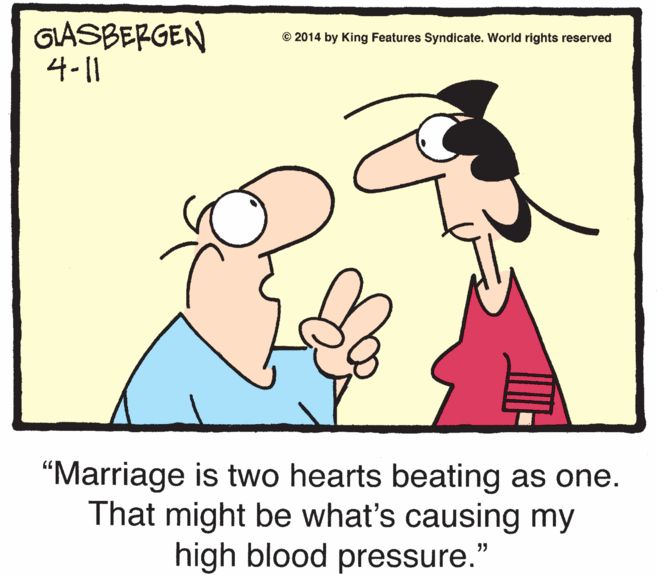 Haha, that Stanley, taking his love for his wife and turning it into something vaguely unpleasant, as a little passive-aggressive joke! Seriously, though, his blood pressure situation is troubling. Look at his grotesquely swollen fingers! I think maybe he should see a doctor?

Sometimes your comic includes characters whose individual personalities have been built up over years of strips, and the humor from each day’s installment comes from the interplay between those long-established characters. And then sometimes your comic is just an excuse to have random people in your strip tell jokes to each other! My advice in the latter scenario is that the joke should be funny in some way.