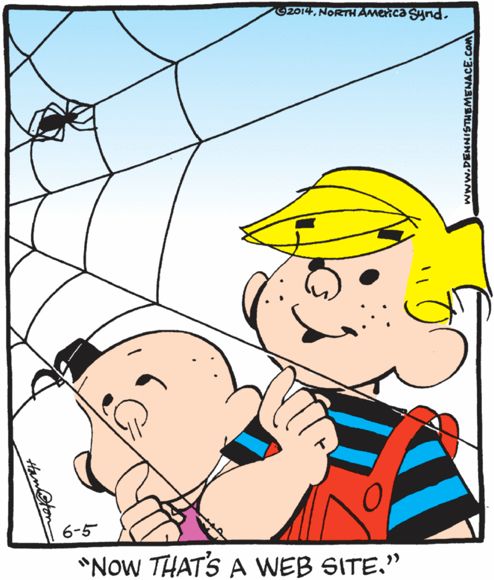 Dennis stood, transfixed, watching the spider move purposefully across its web. Here, he thought, was the antidote to the modern world of human civilization that he was already recognizing as a sham. The spider doesn’t worry itself about book-learning, like Margaret, or about proper decorum, like his parents, or about peace and quiet, like Mr. Wilson. It just sits on its web, a web it created out of nothing, out of its own body, biding its time, until a prey animal falls into its trap — and then it strikes, and feeds. Everything humanity has done — its cities, its cars, its governments, its data networks that sell us the lie that we connect with one another, when really we sit at home alone, bathed in sickly artificial light — all that paled in comparison to the spider’s simple, beautiful, and alien creation. “Now that’s a web site,” Dennis whispered, in awe. It was extremely menacing.

It’s easy for outsiders to see the North Korean practice of referring to Kim Il-sung, dead since 1994, as the “Eternal President of the Republic” as a symptom of that state’s baroque and deranged ideological underpinnings. But in fact, in practice it makes a certain amount of sense, from the point of view of the regime: you allow a revered figurehead, who cannot speak for himself, to become the mouthpiece for their unpopular decisions — decisions that as a result cannot be appealed. Momma knows the score.