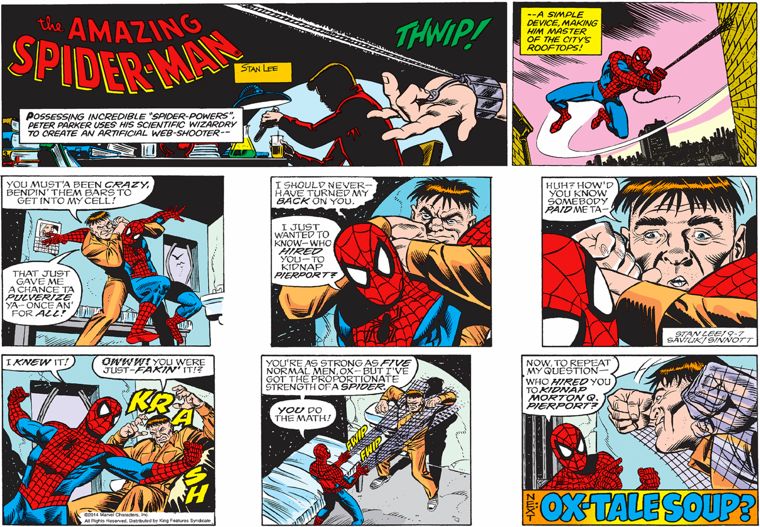 Ox’s villain-schtick is that he’s pretty strong and very dumb, so Spidey’s taunt in the next-to-last panel seems needlessly cruel, since he’s making the guy feel stupid over something that’s 100% nonsense with no answer. I mean, is a human with the proportional strength of a spider stronger than a person who’s as strong as five normal men? Who the hell knows! What kind of “math” does Peter think would supply an answer? What does “proportional strength of a spider” even mean? Proportional to what? I’m hoping that five normal men is/are strong enough to break through proportional spiderweb and punch the heck out of Spider-Man, is what I’m saying.

Did Hollywood’s starlet population find Les unfuckable because he chose a profession without much clout, or for other reasons more specific to him personally, like his repellent personality? These are the kinds of talks Cayla really missed.