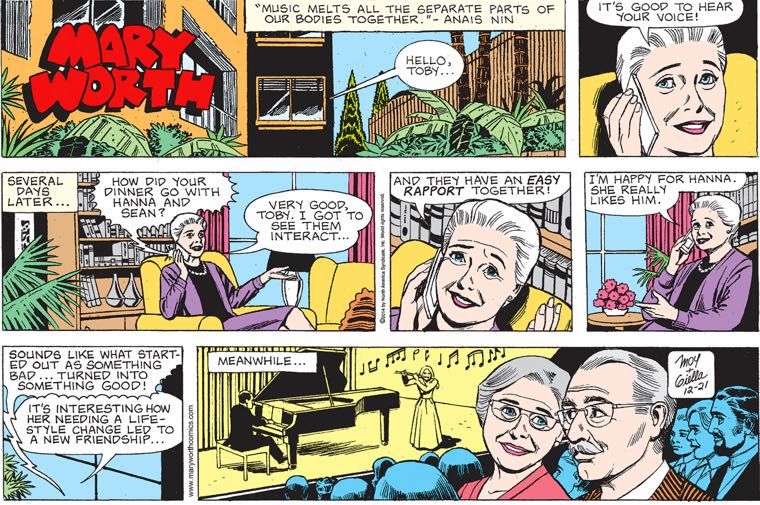 This has definitely been the year of reckless sexuality in Mary Worth, as this is actually the second time in 2014 that Anaïs Nin has been quoted in the opening panel of a Sunday strip. The eroticism in today’s strip is much more blatant, though. Look at Hanna and Sean in that last panel! Their bodies are definitely melting into each other, I tell you what.

It’s not unusual for a teen boy to imagine the two girls he’s fixated on looking at each other in sexually charged surprise, as if they’re seeing each other with new eyes. Usually in that scenario they aren’t wearing bulky Santa suits, but who am I to yuck someone else’s yum?