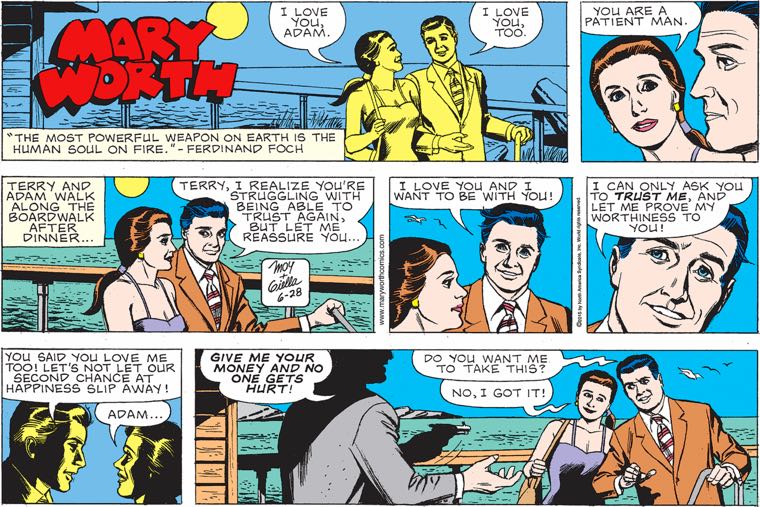 You know how big a fan I am of weird contextless quotes in Mary Worth, so you can imagine my absolute delight in discovering that today’s inspirational aphorism comes from Marshal Foch, the supreme commander of Allied forces on the Western Front during World War I. I’m not sure why he would’ve said this, but I choose to believe that it was in some recently declassified top-secret document in which he proposed, if Hundred Days Offensive were to end in stalemate like all the others, to reanimate the souls of the Allied war dead, set the phantasms ablaze, and have them charge eerily across No-Man’s-Land at the terrified Germans.

Anyway, obviously I thought it wasn’t ever going to get better than that image, but that was before I arrived at the final panel, in which Adam and Terry don’t even briefly pretend to be unnerved by a violent criminal, instead just cracking wise as they prepare to karate-chop him to death. I sincerely wish this comic could just sort of freeze-frame right at this moment and the credits begin to roll up, like it’s the end of the pilot of a ’70s romantic cop drama.

Or maybe if he’s too proud or dumb, they’ll just watch him suffocate to death, through the transparent walls of that safe! Today’s Slylock Fox is super grim, guys. 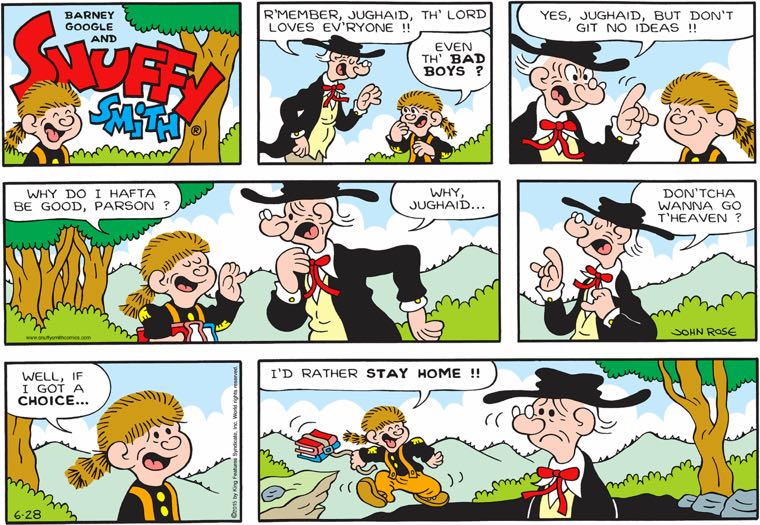 Jughaid just wants to stay home … in the bowels of hell itself.