It seems that, while the tradition of paying children as they lose their baby teeth dates back to medieval times, the concept of an actual Tooth Fairy only dates to the early 20th century. I assumed based on this cartoon that the modern sanitized version had its origin in some terrifying German fairy tale involving a forest-sprite who came to the desperately poor at night and offered to give them food or sustenance if they agreed to let her wrench their teeth out of their jaw. Most versions of the Tooth Fairy legend (including the one in this very comic last month) have her as being very small, so presumably this is a normal human woman with a pair of fairy wings she bought at Party City and a sadistic hatred of the homeless. 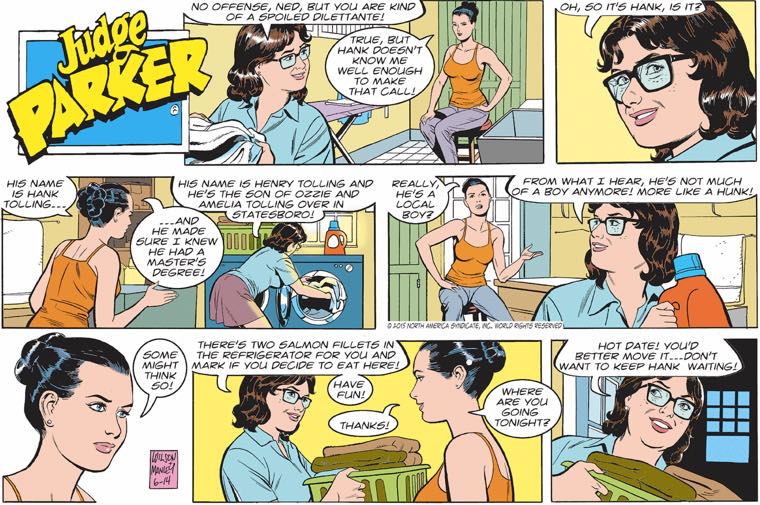 Good new! Supercilious master of structural engineering Hank Tolling turns out to be a local boy! That means that, under the terms by which the Spencerberg region was enfeoffed to its ruling family, Neddy can kill or marry him at her whim, which will make it much easier for her to resolve their disputes.