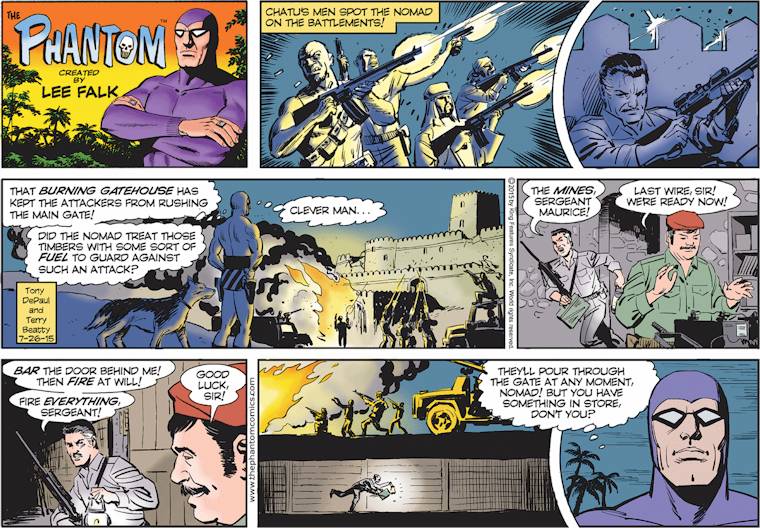 When we last saw Maurice, he was an unranked minion sleeping through his boss’s crash landing after a botched mission to kill the Phantom. You would expect such a terrible minion to be fired or at least killed, but co-branding agreements with a certain movie franchise have given minions everywhere second chances and promotions. Unfortunately, it hasn’t given Maurice sense enough to know which side of that door you want to be on when it closes.

The “Man who cannot die” has made a lot of enemies in his 479 years. There’s the Singh Brotherhood of Pirates, his Dad’s murderers, who date from before Bangalla moved from South Asia to Africa. And of course Chatu, the Wambesi terrorist who imprisoned Diana and now chills in tribal Supermax between Phantom beat-downs. Eric Sahara (The Nomad!) is subbing for Chatu during the latter’s sabbatical, but it doesn’t seem to be going well.

You know, daily Phantom is standing around spectating at Guran’s win-by-losing triumph in the Chief Derby, and Sunday Phantom is standing around spectating at the Nomad vs. Chatu gunathlon. Seems like the guy’s heart just isn’t in it anymore. Maybe it’s time to retire, let Heloise take her rightful place, and do color commentary. 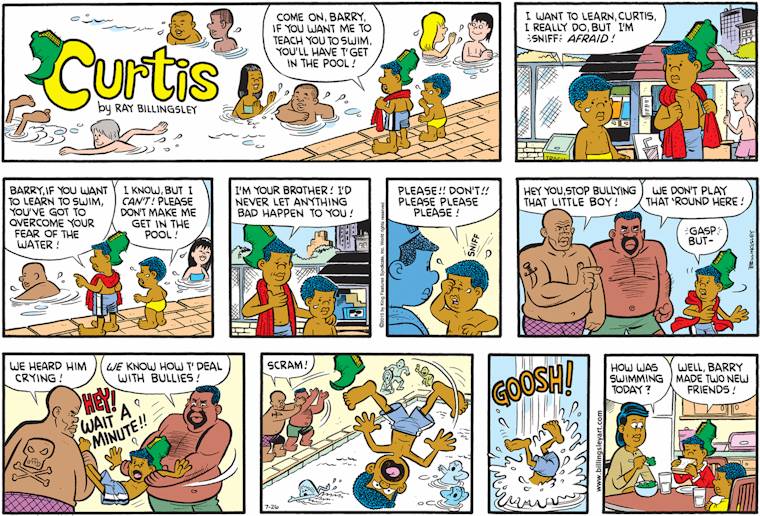 Barry is an alternate-universe Curtis with the hero/tormentor and other roles subtly reversed. Here, Bizarro Derek and “Onion” deal out rough pool justice to history’s worst brother since Cain. And Ladies and Gentlemen, the hat is off! 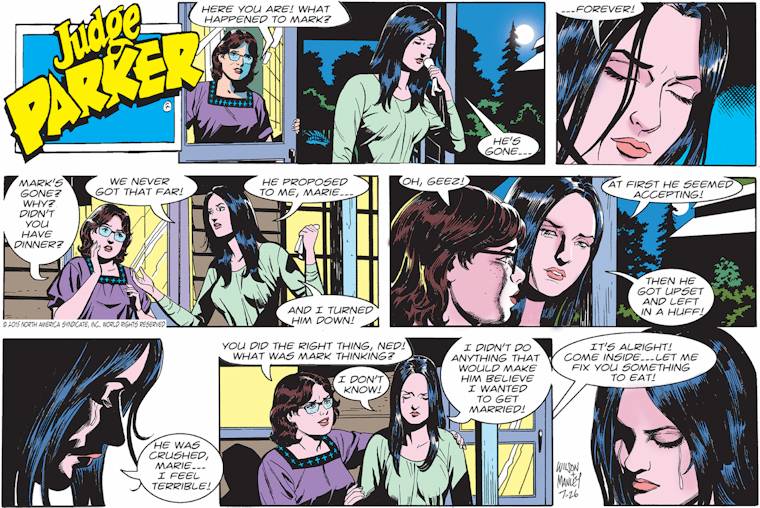 Judge Parker seems hell-bent on making Neddy the sympathetic character because she was forced — forced — to turn down Mark’s proposal. And she feels terrible about it. What could that bastard have been thinking, to propose just like that for no reason at all!? And then leave in a huff. A goddamn HUFF the son of a bitch!!! Why do these terrible things keep happening to Neddy?