I really appreciate the ways in which the dystopic grimness of the Funkyverse is shaping Crankshaft’s Ralph Runs For Mayor plot. Normally we’d have a plucky underdog whose down-home simplicity and, yes, naivety actually turn out to be assets in the race against an arrogant, entrenched incumbent. Instead, we’re seeing what a one-note campaign run by old men who have no political experience and who range from befuddled to angry would actually look like: incompetent, incomprehensible, and offensive by turns. I assume the kangaroo is supposed to represent a “foreign” “species” from “down south” [WINK WINK] and that Ralph is … literally promising to pave the roads of Centerville with the mangled bodies of immigrants? Or else this is just absurdist surrealism, which would be even less effective as a campaigning tactic.

Notice the lovingly depicted valve on that kangaroo’s tail. While this spoils the fun for fans of elder plushiefuckers, it gives me hope that Crankshaft managed to poke a hole in the thing as he crammed it into the pothole, and that it’s slowly deflating behind Ralph as they film this terrible, terrible commercial.

Momma is right to be confused. “But … Francis knows I don’t have any friends!” 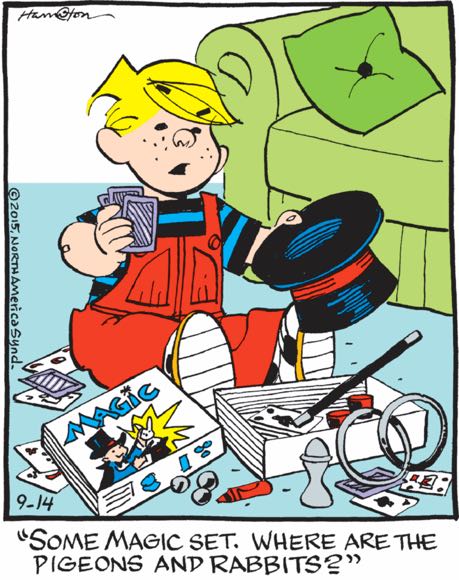 “Some magic set. Where are the turtledoves and hares I can sacrifice to the Dark Lord, to beg him to grant me powers beyond those of mortal men?”