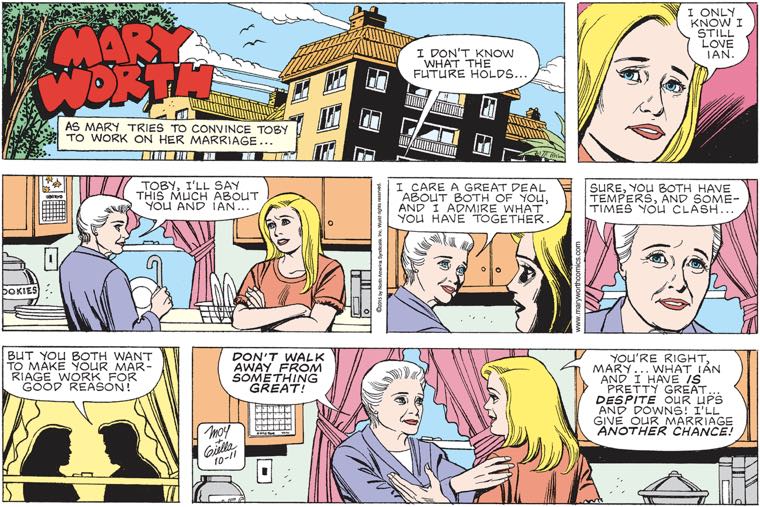 I stand by my earlier claims that this Toby-and-Ian-spat storyline was for a while a beautiful thing to behold, but it appears to be about to fizzle out in an even more disappointing fashion than most Mary Worths. Barring some surprise last-minute twist, like Toby trudging across the hall to find Ian embracing one of his undergraduate students and whining that they were “on a break,” it looks like Toby has used her time alone to decide that her relationship with Ian is great, even though they sometimes yell at or belittle each other. Today’s Sunday strip can’t even be bothered to barf up some poorly-sourced quote from Edna St. Vincent Millay or Douglas MacArthur for the first panel, and who can blame it? 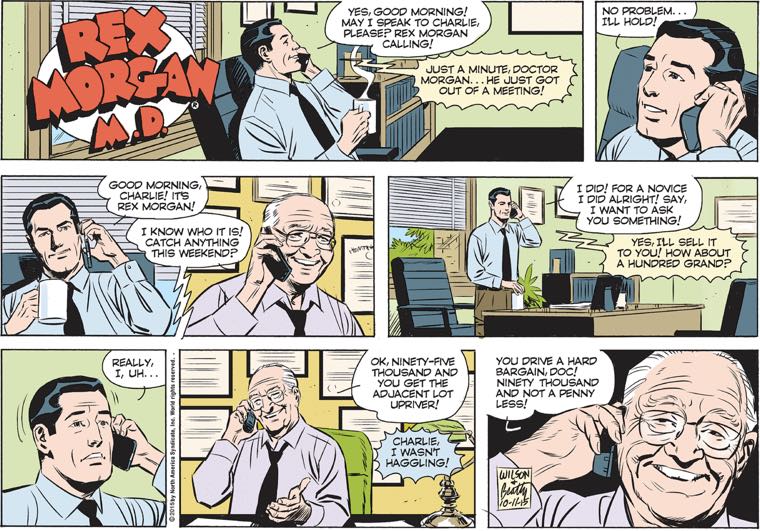 Look at how happy old Charlie is! That’s because he’s been summoned out of the narrative ether for one purpose and one purpose only: to sell his fishing cabin to the Morgans for a ridiculously low price. He grins ever wider as he offers his cabin for sale ever more cheaply, reveling that in this moment, he exists, has flesh and blood, breathes air, smells flowers, lives. As soon as the transaction is concluded, he’ll dissolve again to nothingness, just another tenuous shade in the outer darkness. But right now, let’s let him enjoy himself. 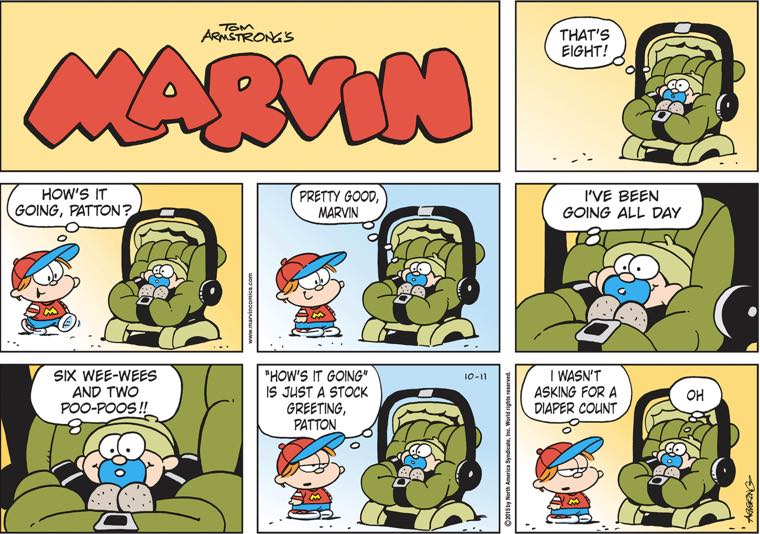 Remember how in the first few seasons of the Wire the drug-dealing Barksdale Organization is set up as the primary antagonists, but eventually we get to know and even sympathize with them as characters, and so towards the end of the show’s run they’re displaced by Marlo Stanfield and his crew, who are colder, less sympathetic, more implacable and violent? In unrelated news, here’s a cartoon in which a baby enumerates his urination and defecation sessions with such glee that he disgusts even Marvin.