It’s honestly going to be pretty hilarious when Sarah brings her terrible personality to school and discovers that normals won’t like it, or her. I’m sure she’ll eventually use her mob ties and/or powers of psychokinesis to cow the many enemies she’ll make, but until then let’s just enjoy this pointless game of topper she’s playing with the headmaster’s assistant with the admittedly dumb nickname. “Being a nurse is much harder and more important than being a teacher. I’m skipping a grade so I can spend time with as few teachers as possible! Plus my mom had a baby. Did your mom have a baby? Probably not!” 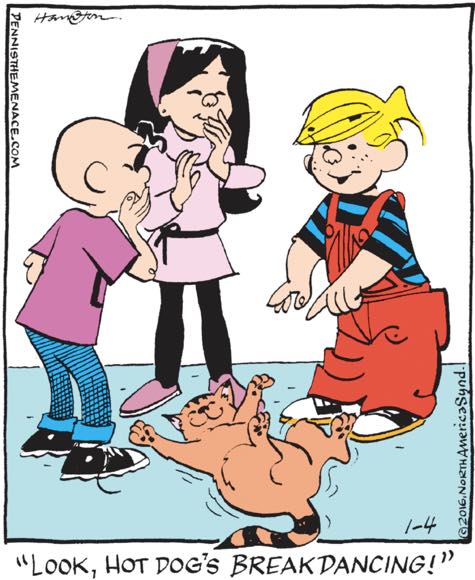 The children are right to laugh, Hot Dog. Breakdancing is a trend that was played out decades ago.

At last, Marvin’s parents have figured out what he’s good for: as an instrument of revenge against a world that has repeatedly wronged them.