Here’s today’s Momma! It’s about a son who seems to loathe his mother and yet can’t stay apart from her, delivering a her a bouquet of flowers and declaring her his “best girl” in the privacy of his own thoughts, before scooting off to a date with some woman whose name we’ll never hear again. Look, he’s literally quivering with mingled eroticism and terror in the second panel! 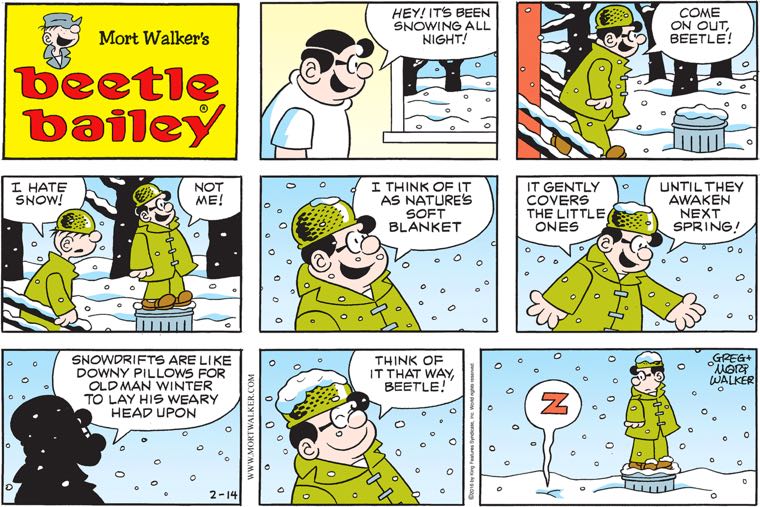 Here’s today’s Beetle Bailey! It’s about Plato using the power of his very persuasive mind to convince his friend to go to sleep under a blanket of numbing snow, until he slips away into unconsciousness and then death without feeling any pain! You might think this is a little grim, but at least it’s not a Valentine Day strip about a dude’s relationship wth his mom.