They say millennials are abandoning the suburbs and prefer to live in walkable city neighborhoods. Is Sarah a millennial? She’s, what, six, but she was also six in 2004 when I started this blog, which means she was born in 1998 or thereabouts. That makes her Generation Z, which, c’mon guys, we’re gonna need a new name there. Anyhoo, Rex looks pretty perturbed at getting lifestyle advice from a six-year-old, but not really perturbed enough to do anything about it. 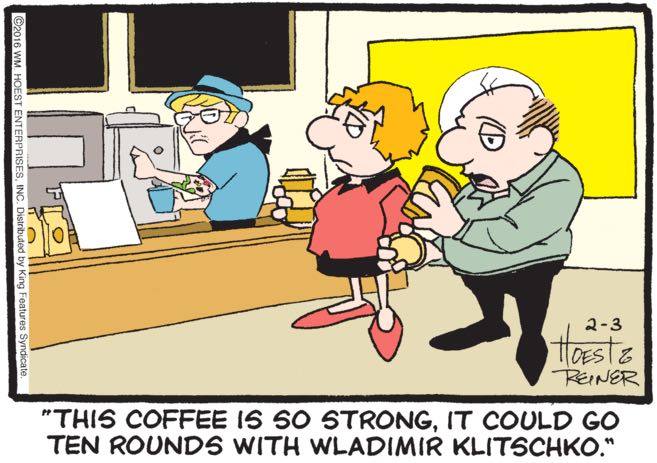 For everyone who thought the Lockhorns couldn’t accurately depict a modern-day hipster stereotype in that classic Lockhorns style: I guess this panel proved you wrong! They even got that look of withering contempt right, though I’m not sure if a stereotypical hipster would care that much that Leroy is name-checking a boxer who lost the heavyweight championship months ago. 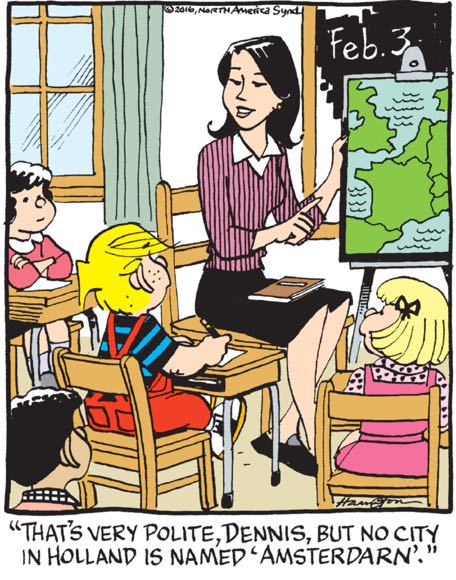 Little-known fact: it’s possible to become so un-menacing that you loop all the way around and become menacing again. Among menaces, this tricky maneuver is called “the Eddie Haskell”.