Hey, everyone, let’s check in with Gil Thorp! I don’t actually care about whatever half-assed basketball-season story is in progress right now, nor do I care that the long dragged out “Which college will contrarian star quarterback True Standish finally end up at?” plot has been resolved. I mostly want to point out Coach Kaz’s resplendent gold jacket/red turtleneck combo in panel three here. I like the way he’s holding up an index finger as he delivers his line. No doubt someone told him this makes him look thoughtful, probably the same person who advised him to wear a red turtleneck under a gold suit jacket. 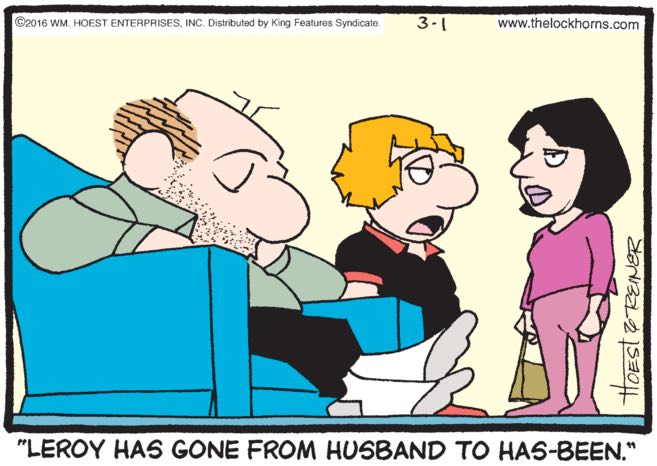 Leroy died several days ago, and Loretta is going to call the coroner to take him away eventually, but right after it happened she thought up this little joke and now she’s making her friends come over one by one to listen to it.

I mean, I guess the winner of the “which comic strip character is most likely to talk about a hamburger like he wants to fuck it?” competition isn’t going to come as a surprise to anyone, exactly.