On October 20, 2004, a mere three months after I launched this blog, I received an email that consisted entirely of “ANDY CAPP!” repeated 44 times, plus 10 times in the subject line. And now, eleven and half years later, I’ve finally decided: why not Andy Capp? So I’ve started reading Andy Capp, which is a strip that I’m not entirely unfamiliar with. The domestic violence laffs seem to have been excised, but all the other markers of stereotypical working-class British loutishness are still there: “Andy spends all his time at the pub,” “Andy is unnecessarily violent during pickup soccer games,” “Andy is drunk constantly,” “Andy can’t hold a job,” etc. As an American, of course, I yearn for the window into this culturally specific milieu, but then you have episodes like today’s, where the joke mainly seems to be “Andy is an asshole.” It was smart to to put “GB” on Guitar Bob’s guitar case, so there’s no doubt as to what’s going on. It took three people to make this strip!

Wait, Momma, don’t be so quick to cut off whatever explanation is being offered here, as I definitely don’t understand what’s happening. Is that lady … trying to give her children to Momma? I don’t know what’s sadder: the look of desperation on this other woman’s face as her attempt to rid herself of parental responsibility fails, or her children’s expressions of utter indifference, as if this were just one more baffling episode in a chaotic and confusing life. 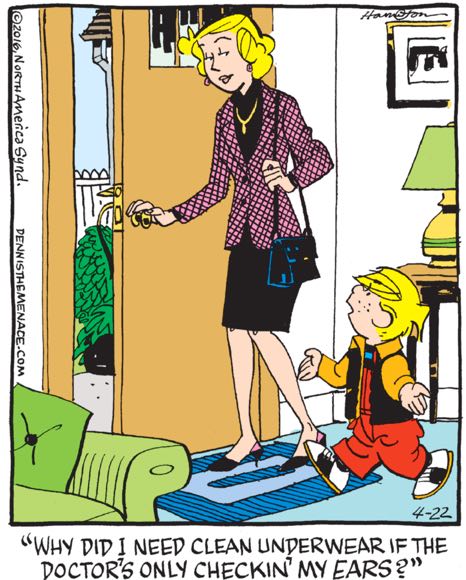 I was going to write a long, elegiac paragraph about Alice’s sly facial expression and how sometimes we have to tell lies to the people we love in order to get them to do the things they need to do to thrive, but then the phrase “the anus is the ear of the butt” popped into my head and I can’t stop giggling about it, sorry. 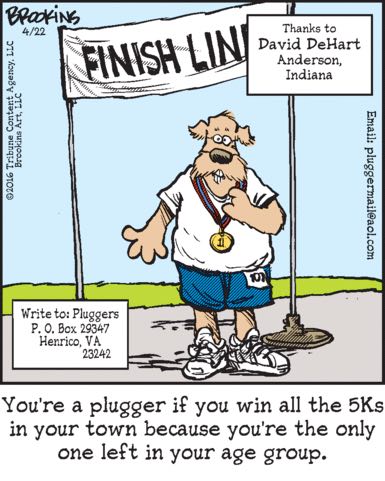 Pluggers only get “participation trophies” when all their friends are dead.