The punchline to today’s strip, in which Crankshaft responds to an church volunteer’s innocent attempt to play-act as a carnival barker by pointing out life’s essentially random cruelty, is par for the Funkyverse course, so instead I’d like to point out that our hero is just straight-up covered with filth here. This is actually some admirable continuity from earlier this week, where the jokes were about how Crankshaft is incapable of eating fair food without soiling himself, but it gives a nice touch to today’s strip, where it looks like he’s wandered out of a scene of unspeakable carnage. He gets to lay down this truth bomb on poor straw-hat-boater guy because he’s seen some shit, man. 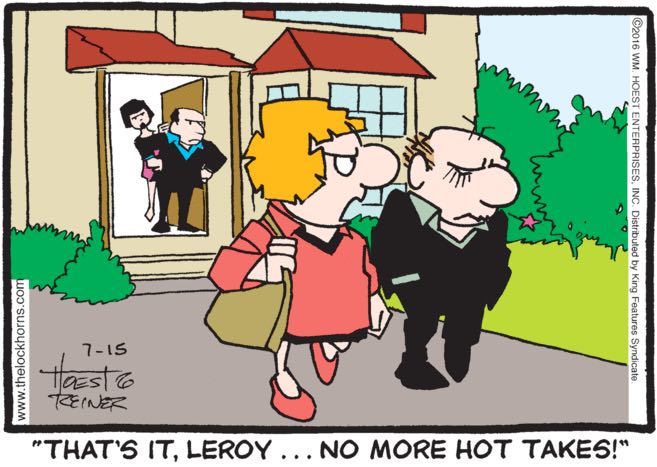 I guess Leroy’s supposed to have a black eye here, indicating that once again a potentially pleasant evening has ended with him getting punched in the face? But all I can see is the eye makeup that Alex wore in A Clockwork Orange, so I’m assuming that the argument was over whether it’s socially acceptable to cosplay as literary characters when you go over to someone else’s house for drinks.