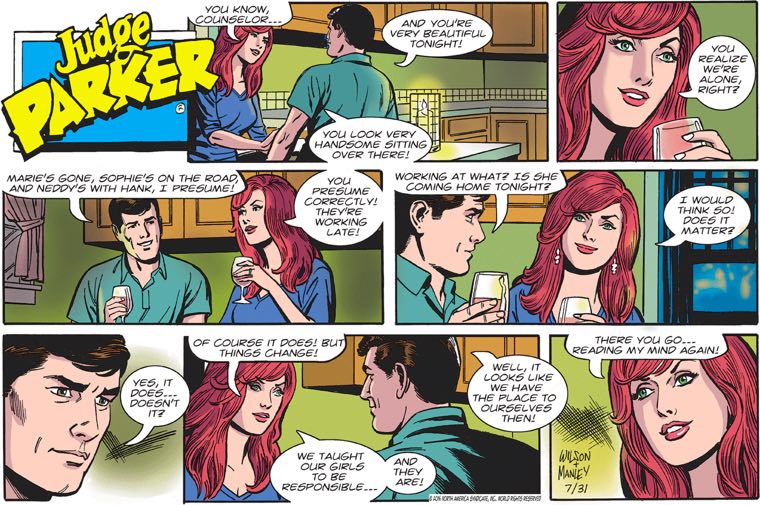 Finally, everyone Sam and Abbey live with is gone for the night, having sex responsibly somewhere, so now they can have sex, responsibly! Remember, the Spencer-Drivers live a palatial horse-breeding compound and everyone’s bedroom is at least a half a mile away from everyone else’s, so obviously thre is a lot of special pleading going on here on the importance of having everyone out of their hair. I think they’re worried about the last time they tried to have sex, when this horror-nightmare happened, and they want to make sure it never happens again.

I like the vigorous wink Crankshaft is giving Pam in the final panel here. He knows he’s making a little joke! He knows this jersey is an inanimate object, and can’t actually collect Social Security! Since this is the first time I’ve ever seen him do this, I have to assume that with every other mangled wordplay-chunk he comes up with — the punchlines of about 75% of Crankshaft strips, in other words — he has no idea how dumb he sounds. 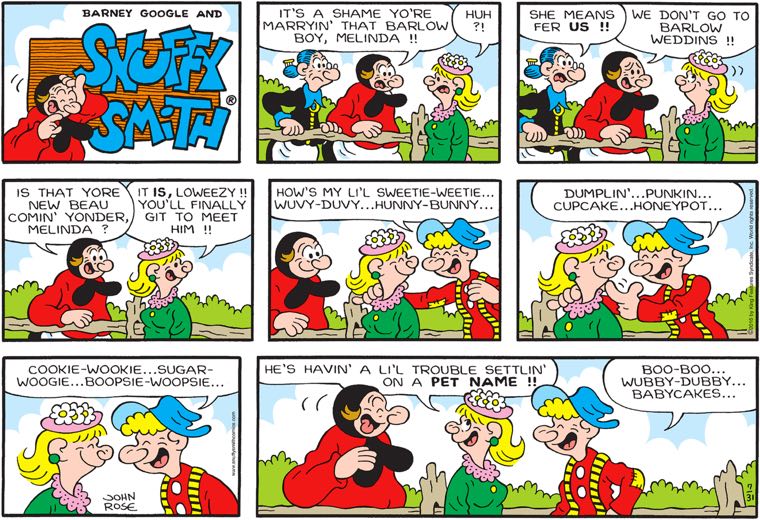 The first row of throwaway panels at the top of the strip, which don’t appear in every newspaper depending on how they lay out their Sunday comics, completely change the content here. Without them, we just have a harmless, sappy series of nicknames. With them, we have Loweezy stalling a Barlow, the hated enemy of her clan in a feud that’s stained the hills with blood for generations, until her husband can show up with his shotgun.