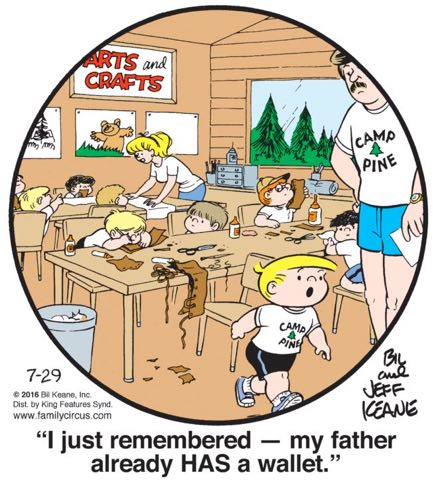 This whole week of Billy at camp, dangerously self-actualized and unwilling to put up with any degree of camp-related bullshit whatsoever, has almost transformed him in my mind into the hero we need. Look at the way he’s striding confidently out of the craft area! The best part is that he got most of the way through making his wallet, so his exit has maximum effect. Billy could make a wallet, he’s totally capable of making one, but he chooses not to, because it’s unnecessary. He’s like a damn Ayn Rand protagonist at this point.