Hi all! Your COTW in a moment, but first: my biweekly live comedy show in Los Angeles, which skipped a biweek, is back, next Thursday! We have many great comics, making jokes about the Internet we all know and love. This week we have some TERRIBLE ’80s FANFIC FOR YOU, among other things! 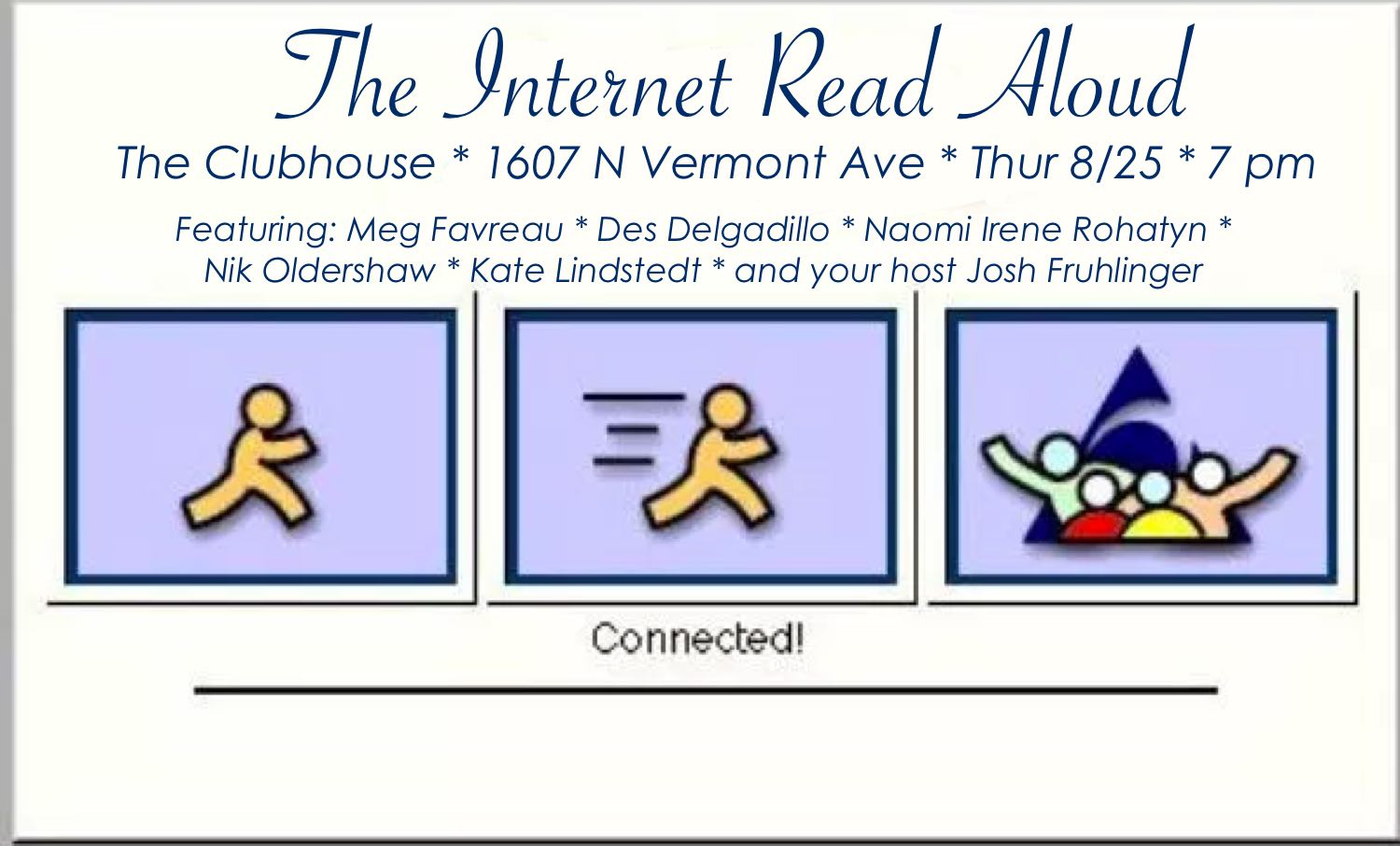 OK, and now it is time for this week’s top comment!

“Marty Moon’s reporting doesn’t generally leave the arena of high school sports recaps, but he just happened to overhear things while he was being arraigned for indecent exposure.” –Artist formerly known as Ben

The runners up are also hilarious!

“I appreciate Tommy continuing his proper grammar usage, as a drug-induced haze is no excuse for using the colloquial ‘good enough.'” –Ruth McIlhenny Gorme, on Facebook

“I honestly though for a second that he said ‘plead drinking to OUI’, as if he was asking if putting in his plea in French might convince the judge that drunk driving was some kind of cultural expression.” –pugfuggly

“I’ll just note that whereas Otto has a proper grasp on how to use his eating utensils and shows true delight at his meal, the Perfesser just shovels his plate of mashed-up glop into his face like a five-year-old.” –Ekudamram

“Beetle: ‘Where’s his bag of biscuits?’ [six hours later] Cookie: ‘Hey asshole! Remember that thing you said to someone else six hours ago that I wasn’t around to hear? Well guess what, fucker…'” –Junebizzle

“The look on that keyboardist’s face is tragic, like it all came crashing in on him at once. ‘Wait, were we playing for a baby? The fuck are we doing here, Chip?! Why’s that load on the drums got a sailor’s hat on? Why do you look like you’re taking a break from scrubbing the floors? Where are the keys on my keyboard?! WHAT ARE WE DOING HERE, CHIP?!'” –Dan

“WARNING: Side effects of painkillers and camping may include partial amnesia and/or loss of object permanence.” –Steve S

“But seriously, boys, you called in Trixie Flagston. That’s good. That means you’re serious about this thing. Okay, let’s talk image. You. Keyboard guy. The red mohawk, the sleeveless skull T-shirt, the John Lennon specs … I’m confused. Help me out. What year is this? Moving on. Chip. My brother. Flesh of my flesh. The striped shirt, jeans, hair in your eyes. You got sort of a Cobain thing going on. I like it. But what the hell is that on your head? A bandanna? You look like our mother when she runs that terrifying vacuum cleaner. Lose it. Drummer. Dear god, I don’t even know what to say here. You’re so wrong, it’s right. Don’t change a thing.” –Joe Blevins

“The kid’s a jerk. The dad’s a murderer. The mom is probably, hmm second thought, is definitely a witch. At the very least we should exile them, but my hope is that we can have some special guests at the season’s kickoff bonfire this year.” –Chareth Cutestory

“Who needs a shirt when you’ve got the warm embrace of a Schedule II controlled substance to keep you company?” –L. Chezzlewick, on Twitter

“Note that Dennis and Mrs Arroyo are eating the exact same thing (green leaves and … black blobs), so the reading of the comic depends on what those blobs are. It’s either ‘That’s funny, she seems normal to me. It’s you carnivorous flesh-guzzlers who are the freaks! You’re the ones who should be labelled and called out!’ or ‘That’s funny, she seems normal to me, given that she’s been happily chowing down on meatballs for the last ten minutes.’ Either one would go a long way to explain the looks of horror on everyone’s faces, which look more like they’ve just heard a barrage of racial slurs than another cutesy darn’dest thing.” –Schroduck

“Looks like the staff at Crock have finally gotten around to reading Alistair Horne’s A Savage War in Peace, about the Algerian revolt against French rule. I’m looking forward to future installments of Crock covering the Battle of Algiers, the Fall of the Fourth Republic, and the riots in Paris, culminating in a week-long series in which Crock is put on trial for his attempted coup against Charles De Gaulle. Finally, we’ll get to see that firing squad in action! They’ll have to aim pretty low, though — Crock’s a short guy.” –Voshkod