Haha, remember all those boats that Mark rented using the Woods & Wildlife Magazine corporate credit card, which later got blown up? (The boats, not the credit card.) Mark would like to let you know, by wagging his finger somewhat condescendingly at you, that those massive boat explosions weren’t necessarily his fault, per se. Anyway, the boat he’s about to rent is going to blow up so hard, I think we can all agree. 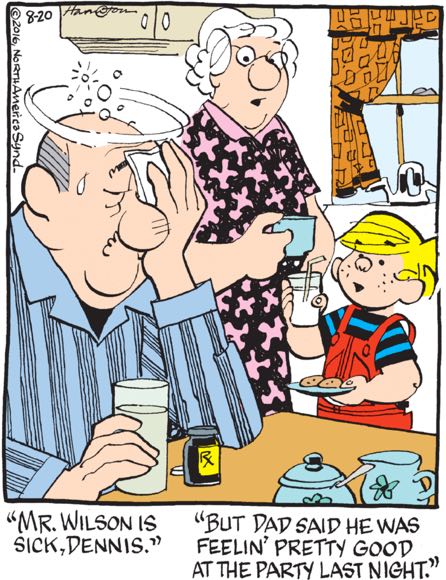 I don’t really have anything to say about this panel on my usual menacing/non-menacing axis; I mainly want to know about the secret backstory of Dennis the Menace, where George and Henry go to parties at night and get super blotto.