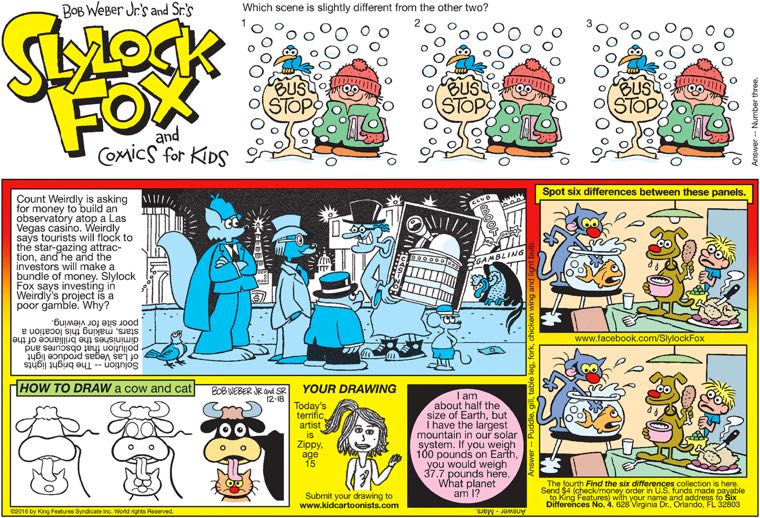 Today’s Slylock Fox offers an important look at how the world evolved from the sudden, awful moment of the animapocalypse to the mostly organized society we know from the main narrative of Slylock and his mysteries. In the Six Differences panels, we see the early days of animal sapience, where the abruptly intelligent beasts are engaged in a Hobbesian war of all against all: the cat eagerly reaches for the fish, who squirms in terror, unable to escape, while a dog watches on smiling, devouring the stabbed corpse of a bird who was presumably as self-aware as any of these beings about an hour ago. Years (decades?) later in Las Vegas, the lights are still on, and Slylock is on the case, apparently enforcing securities law, making sure these wealthy, tails-and-top-hats beasts aren’t defrauded by one of the few remaining humans. It’s amazing how quickly the systems that protect first life, then property replicate themselves! 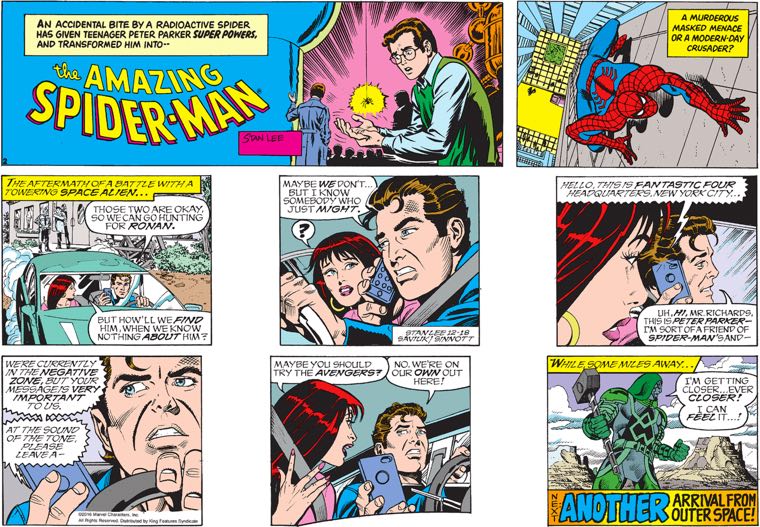 One of the things about laughing at Newspaper Spider-Man is that the character was always, across all iterations, supposed to be kind of funny, in a hapless teen way, even though the strip depicts him as a hapless twentysomething, which is … less attractive. So anyway, it’s pretty clear that Peter reaching out for help to other, better superheroes but only getting their voice mail is supposed to be funny. And yet I believe that Ronan, The Accuser’s magical conveyor belt of foodstuffs was intended to be entirely straight-faced! Sometimes parsing the levels of irony embedded in newspaper comic strips so I can tell whether I’m laughing with them or at them is exhausting, guys, but this … this is the life I chose.