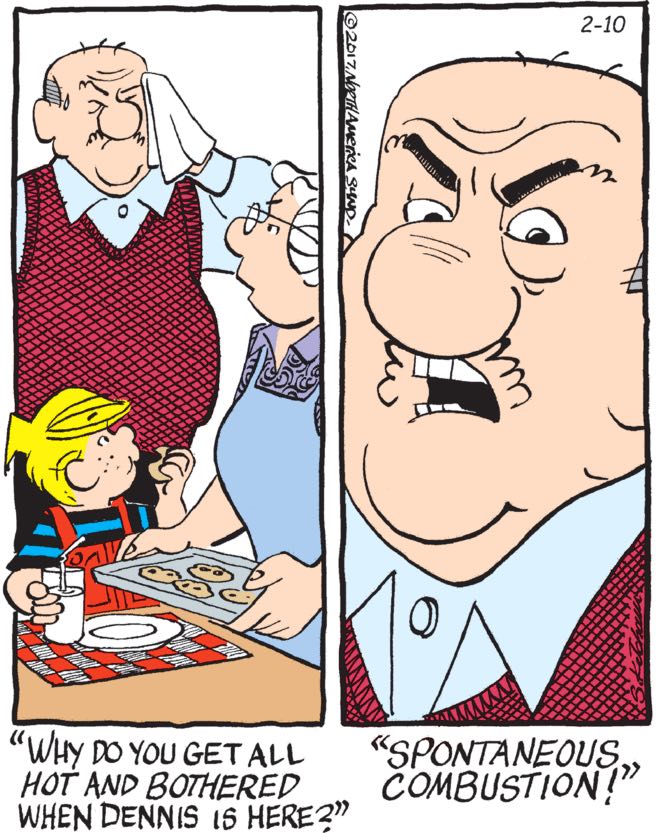 I’m not going to claim that making dick jokes about Mary Worth is like digging ditches or anything, but writing this blog does take a certain psychic toll on me! For instance, I bet that for your job today you didn’t have to sort through the Google Image Search results for “Angry Hitler” to find the one that matched best: 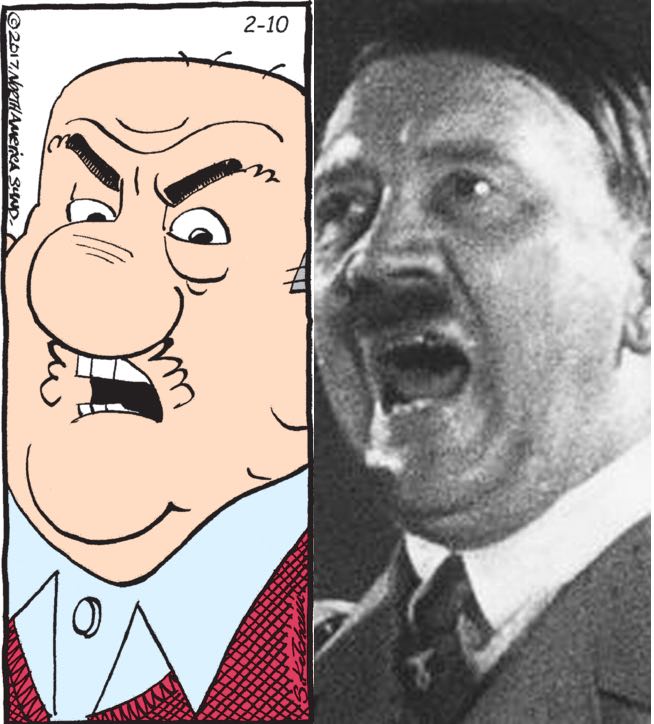 Anyway, Mr. Wilson sure is “hot under the collar,” ha ha ha! By which we mean that the very presence of his innocent neighbor tyke is driving him into a state of blackout rage that, while it may not result in an immediate crippling stroke, is probably wearing years off his remaining life. But since he’s incapable of finding relaxed enjoyment in his own home, death will no doubt come as a blessing.

Shoe is a strip that started out being about a bunch of talking anthropomorphic birds to be “funny,” I guess, but has long sense lost any sense of its birdness to the extent that it makes bird-jokes unrelated to its bird-characters. Thus, it actually comes as sort of a relief to me that there’s enough internal logic still at play to make the town mortician a buzzard, even if the implication is that Mort has taken on the job of arranging the funerals of his fellow citizens primarily so he can feast on their corpses.

Speaking of corpses, isn’t Loon employed by the local newspaper? I guess he figures he should get out of the media game while he still can and get in on the one industry that will never, ever lose its market.