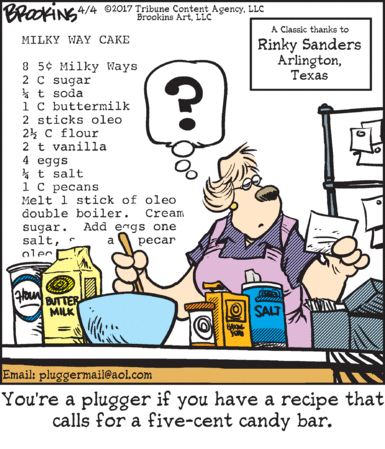 Sometimes the point of Pluggers just seems to be “pluggers are old,” which, you know, nothing wrong with that, we’re all going to be old someday, if all goes to plan. These gags generally take the form of “Old pluggers have assumptions and cultural references that are now forgotten by younger people.” Today’s panel takes a somewhat different tack: this plugger looks just as baffled at the concept of “5 ¢ Milky Ways” as any indie-rock-addled hipster youth. The difference, I suppose, is that a young person would’ve downloaded their recipe from a fancy website to their iPhone or whatever, whereas the plugger is in touch with the long, unbroken chain of knowledge that goes back generations, preserving and copying these manuscripts dutifully like a medieval monk, even if they don’t fully understand it.

Who says there’s nothing new under the sun? I would’ve thought sci-fi writers over the past century or so had already rather exhaustively detailed all the problems with time travel: you step on a butterfly and turn America fascist, you go back to meet Jesus and accidentally become Jesus, you have sex with some lady and become your own grandfather, etc. But nope, Six Chix has discovered something new: don’t you hate it when you think you’re going to the Renaissance or to our spacefaring future, but you just end up in some lady’s uterus, leaving her torso grotesquely distorted? We never should’ve meddled in the mysteries of the timestream! 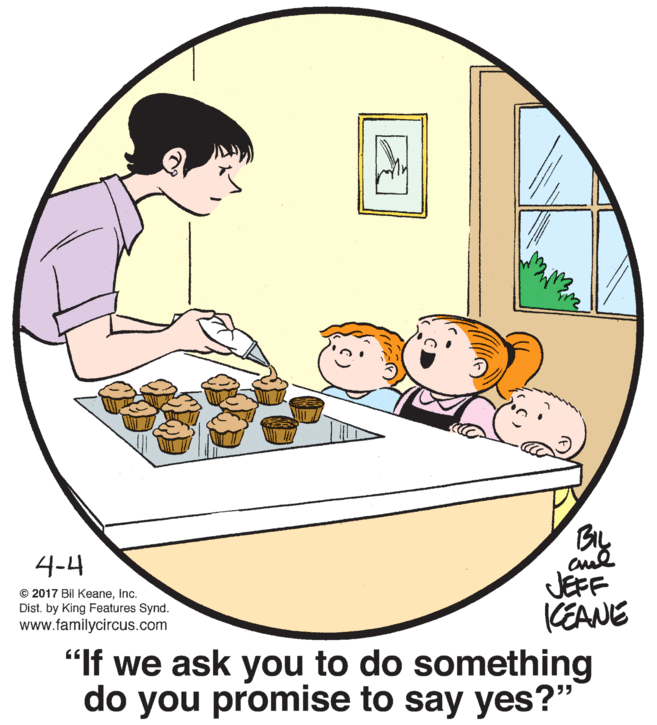