One of my big disappointments in Mary Worth over the past few years is that her stints filling in as Ask Wendy have been pretty dull. I’m kind of an aficionado of advice columns, and let me tell you, one of the main keys to having a good one is to start by curating the interesting ones of the presumable flood of banal queries you get. The best letters to advice columnists take you on a journey; for me, one of the best ones ever was in this Dear Prudence column, the one titled “How to respect a vet on Memorial Day” (scroll down, it’s at the end). It starts with “I may have thoughtlessly offended my war veteran neighbor by inviting him to a birthday party on Memorial Day weekend,” takes a sudden left turn into “this hot, hot vet and I are both in unhappy marriages and have an unspoken attraction so I want to honor his service without giving anybody the wrong idea,” and barrels home into “I’m only staying with my husband so that his daughter doesn’t have to graduate high school in a broken home.” I assume that as an advice columnist, your main task is actually separating the “horny for heroes” wheat from the “How do I decide which of two very vaguely described job offers I should accept” chaff, but Mary seems to think she should just answer whichever question shows up in her inbox first.

Anyway, the reason I bring this up as that Mary should learn from this interaction with Derek. Because you know what would make a classic advice columnist letter? Someone starting with something boring like “My wife and I kept fighting about my cigarette habit” and then somehow ending up with “so there I was, making out with a cruise ship entertainer right outside our cabin…” 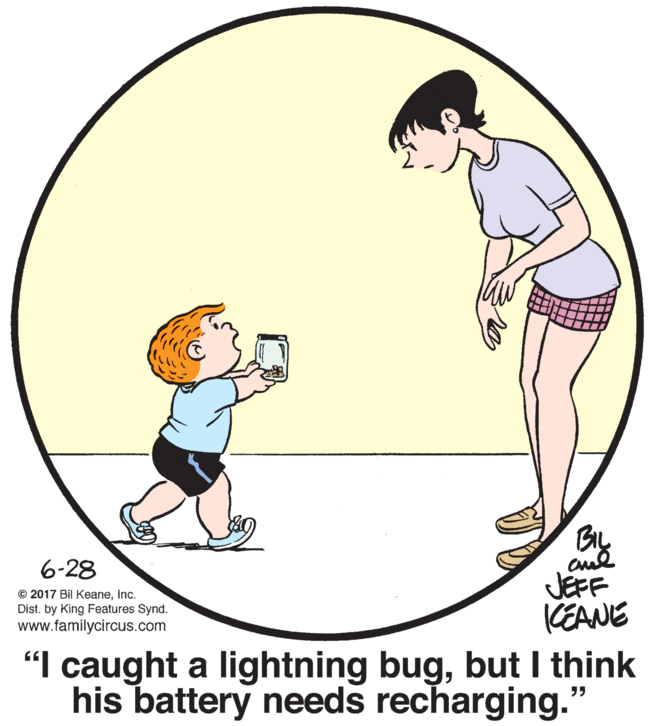 This is just some bug Jeffy found an hour ago, making this a pretty low-stakes interaction Ma Keane can use to practice when she for has to have the same conversation with him about Barfy, or Billy. 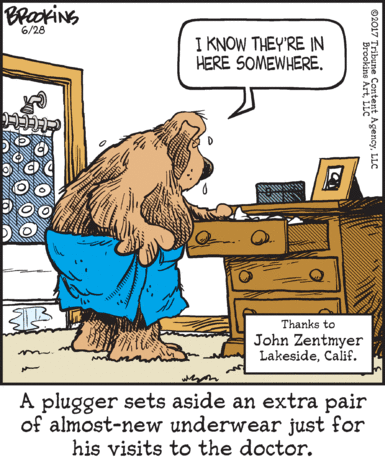 Pluggers are fine when their wives see their ancient, poop-encrusted underwear, but when visiting a medical professional still feel a twinge of shame.