Hey y’all! Next week the live comedy show I host, the Internet Read Aloud, returns to the Clubhouse in Los Angeles! The last few shows have been really magical and hilarious and I think this one’s gonna be great too. 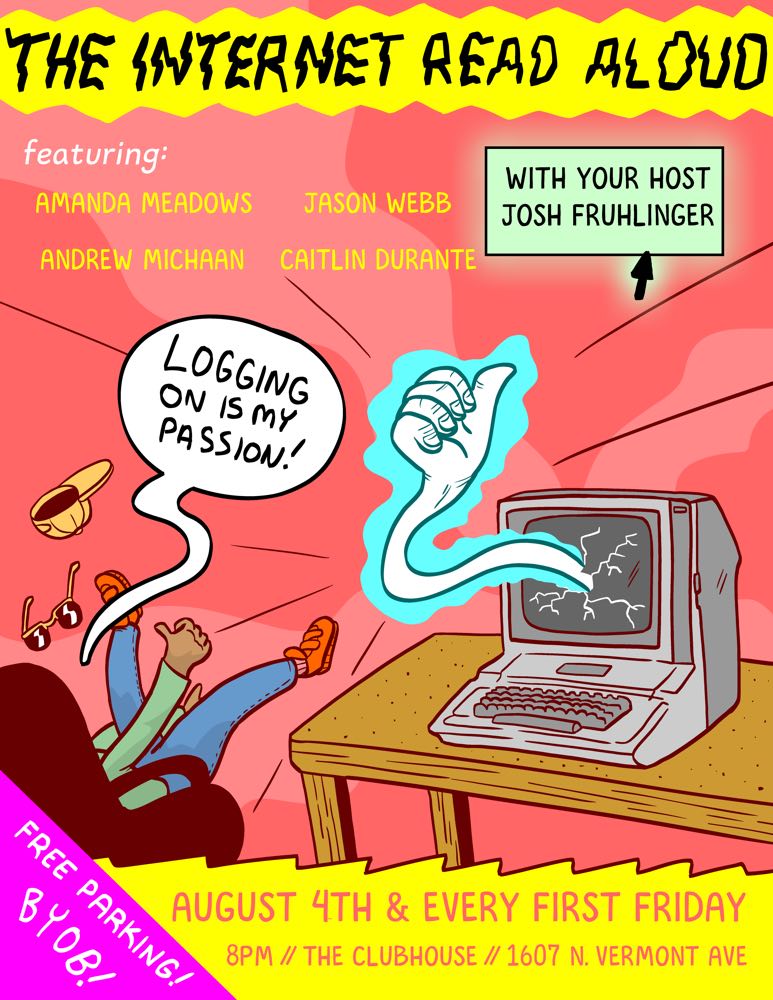 This month’s topics include #teens, Craigslist (remember Craigslist????), emails, the Beatles, and more. Here’s the Facebook event, if you are interested!

And with that out of the way, let’s enjoy some COTW goodness!

“I’m going to have one horse ride on the other horse’s back. Then I’ll get on the top horse. On second thought, can I borrow three horses? One of them has to be pretty strong. No? You don’t understand sheriff stuff, do you?” –made of wince

These other comments were very close to being COTW-worthy:

“Wilson is weakening: in the fifth panel he has what I hope is the hose aimed squarely for Dennis’s head. Once you get your prey in your crosshairs, you fire, Wilson! Not learning proper military procedure is the real menace.” –Charles Nelson,Really!

“In Silas’s dream, he is now free to go back to not wearin’ shoes, as th’ Good Lord intended.” –Pozzo

“Coincidentally enough, Mr. Wilson has an example of an ancient calendar hanging in his own garage. It features pinup models in short, tight dresses standing in front of 1967-era convertibles.” –BigTed

“Good to see Thel staying completely covered up from the neck down. Some might see it as slavish adherence to the Keane Kompound dictates for the clothing of women of breeding age, but in reality it’s her long-term plan to get rid of her husband and children through the wonders of melanoma. No need for sunscreen, she tells them — that’s just a trick of godless science!” –But What Do I Know?

“‘Hotdog cleavage’ is simultaneously the worst thing comics have ever put in my head and the name of my new band.” –Keep the brand strong

“Uh-oh, looks like Dawn is about to add another notch to her bedpost! (Is the bedpost where you keep a record of boring, chemistry-free relationships? Perhaps she will add a notch to her flatpack IKEA dresser instead.)” –TheDiva

“I don’t know where you came up with ‘a little gassy,’ Ned, but golly, are we lucky you did! I already had the scalpel in hand and was calling ‘There’s no time for anesthesia!’ when you found that one in … what was that book? A doctor book or something?” –handsome Harry Backstayge, idol of a million other women

“Is it a coincidence that ‘real buzzer beater’ contains all the letters of Beelzebub, lord of flies? Going by the insects circling Henry’s head, I’d say no.” –Schroduck

“The lag time between writing and publishing a daily comic makes it pretty certain Dennis‘s writer thought this up during the NBA finals and then couldn’t wait until next year to unleash its humor on society. I’m looking forward to future time-lagged ‘punchlines’ like: ‘Can I have my cereal in this SUPERBOWL?’ (holds up large bowl at breakfast table, March 2018, menacing because Dennis doesn’t care about copyright and trademark law, to hell with the NFL) ‘Looks like Margaret could’ve used some more SPRING TRAINING’ (Margaret wincing by broken pogo stick, August 2019, menacing because Dennis both laughs at Margaret’s injuries and emphasizes that in sports, women are still considered second-class entertainment), and ‘I guess Mr. Wilson was right, we are a RED STATE.’ (Carrying a bloody machete, December 2020, menacing because he’s slaughtered his family and is now heading for Joey’s house.)” –Briane

“In any other strip, ‘Have you been spying on me?’ would be a ridiculous question on its face, given that the alleged spy is 1. wearing a conspicuous Spider-Man costume and 2. alerting the Mole Man to his presence with a hilariously secretive ‘Psst!’ But since this is Peter Parker we’re talking about, it’s a legitimate inquiry. ‘Have you been spying on me?’ ‘What? Wait — what AM I doing here? Spying on you? Sure, let’s go with that!’” –Kevin Forest Moreau, on Facebook

“But how did Killer get in the hospital? My guess is either mace or syphilis.” –Steve S

“I think randomly shouting out the term ‘old timers’ is simply Ed’s way of reminding the others, ‘Hey, you degenerates, remember the elderly! We exist, we’re everywhere, and we don’t cotton to this loose talk! Now keep your mind on your painting, and stop all this jibber jabbering. In fact, let’s complete this task in total, tense silence.’” –Joe Blevins

“‘We’ve had three confirmed tornadoes and it won’t be long before they’re too close for comfort, because if there’s one thing that’s predictable it’s tornadoes. And I need horses. Totally impervious to tornadoes. Now get down to the storm cellar before you witness my face melting,’ said Don Stober, the alien visitor whose research totally misled him about what earthlings are really like.” –Spunky The Wonder Squid

“Looking at that mustache and sideburns, I assume the ‘Ghost Town’ is the hipster Brooklyn hangout where he’s the bartender.” –Lawyerbob

“I really hope that today someone is reading Pluggers for the first time and assumes that an old man is just casually noticing that he’s transformed into a human-dog hybrid, as if it’s just another weird little quirk about the aging process.” –pugfuggly