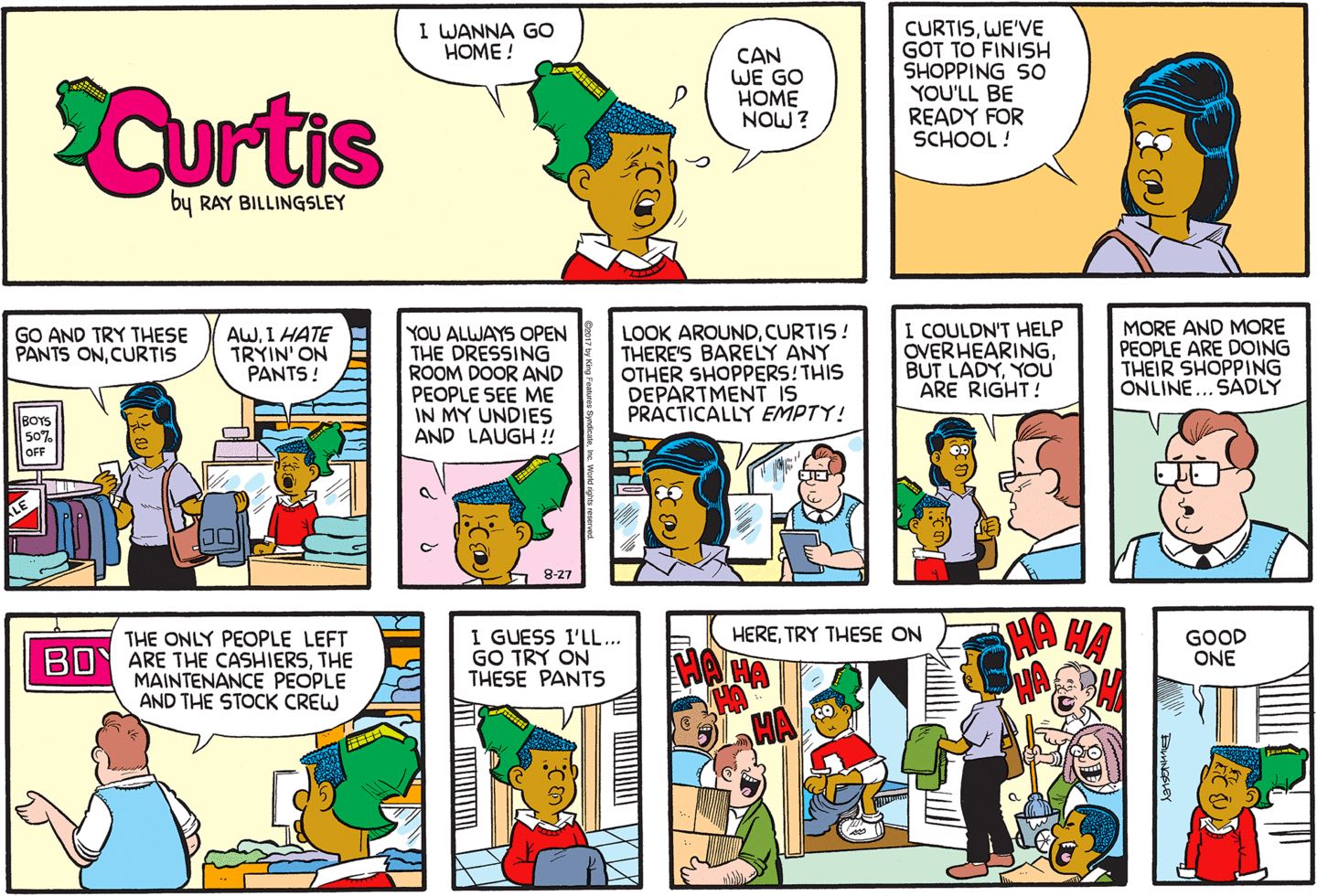 One of the things I truly appreciate about Curtis is its eternal return to its timeless tropes, like how Curtis doesn’t want to go back to school, or, in this case, how Curtis is ritually humiliated every year as he tries on back-to-school pants. These recurring gags, pegged as they are to the academic calendar, emphasize the fact that Curtis is trapped in amber in eternal comic book time: if he was going into sixth grade in the first of those strips I linked to above, he ought to be starting his third year of grad school now! But no, he and his mother are still shopping for those same back-to-school jeans. And yet: the world has changed. Parents as likely to buy jeans for their kids on Amazon or at Wal-Mart as they are to go to a traditional department store. More and more, malls are empty wastelands. And yet some things stay constant: though the cast of characters staring at his underwear change, the sense of sexual panic that Curtis can barely understand is still overpowering, and will last, dreamlike, forever. 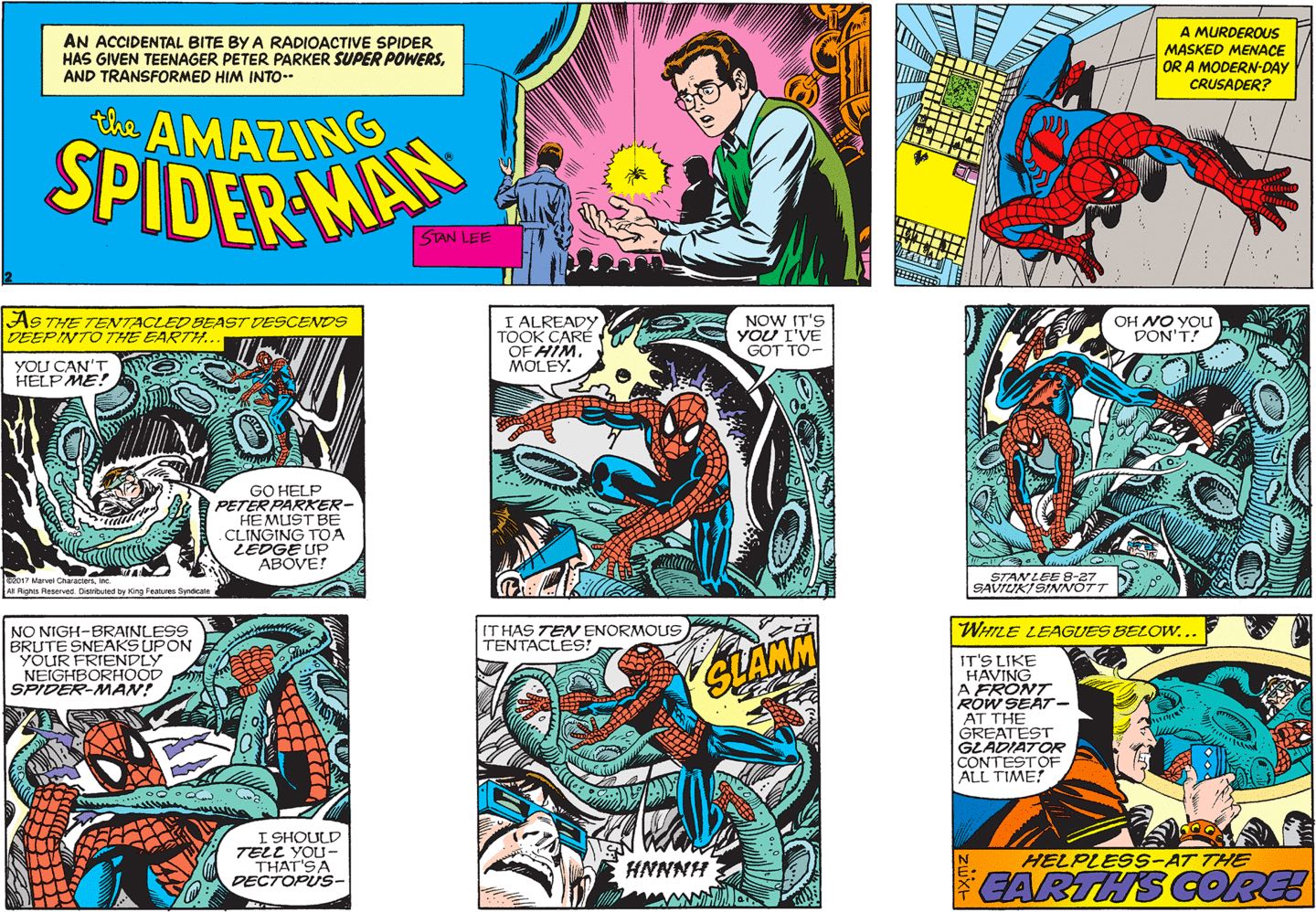 I am genuinely tickled by the idea that Spider-Man really thought he had a handle on things here, keeping all eight tentacles at bay, eight tentacles he could deal with, before being blindsided by the dectopus’s secret ninth and tenth appendages. I’m also genuinely tickled that Tyrannus is content to watch this whole battle play out on TV. Truly, Spider-Man has met the foe he deserves.