The bear-man pays the dog-man for savory chunks of the pig-man, sparing a few coins for the orphans of his meal.

Oh, somebody‘s been practicing his Weirdlys! 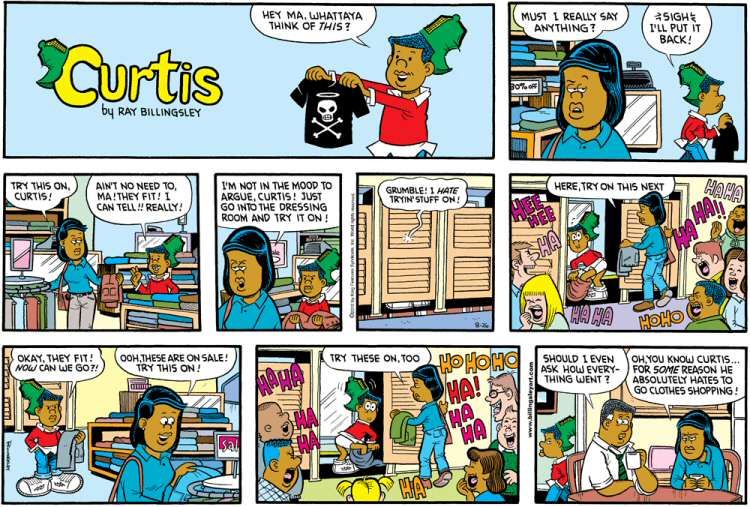 O Fortuna! The great Wheel of Curtis turns again to “Curtis is humiliated trying on clothes.” But the store is shown as completely empty except at the exact moment the dressing-room door opens — so where did all these people come from? Is it some kind of flash-mob event? What sort of person would show up for something like that? Have the authorities been notified?

I have to say that with the departure of Brenda Starr, Diane Wilkins is my favorite woman in the comics. Sorry, Blondie — we had some great times. 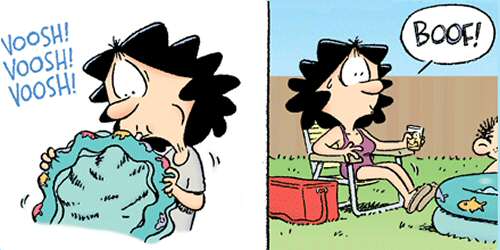 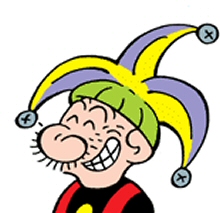 Hey, that’s it for me — Josh will be back soon with Comments of the Week and a whole new lineup of the usual suspects. Thanks for a fun week!