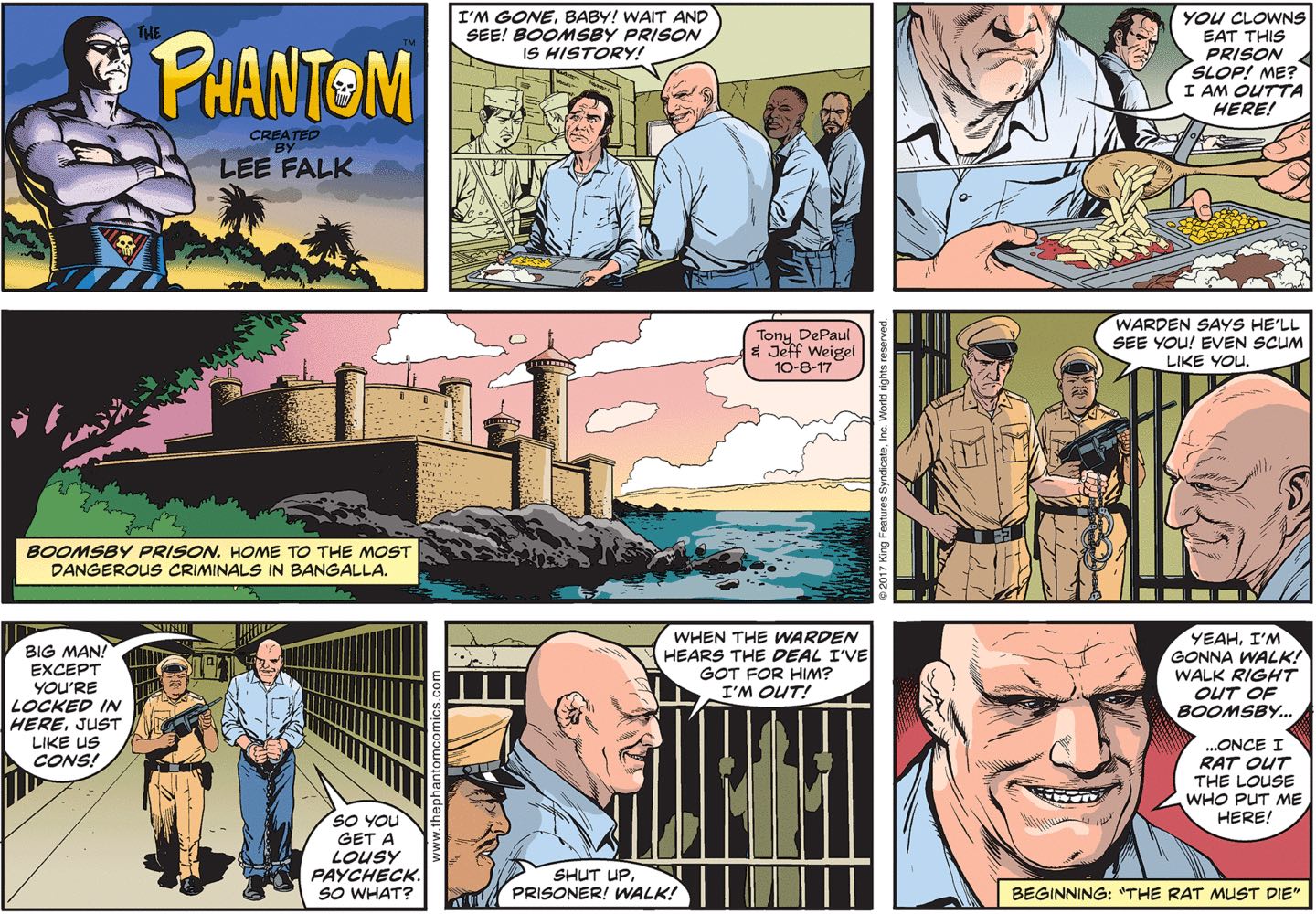 Oh, hey, look, it’s a new Sunday Phantom storyline, after I failed to update you on the old one! And hey, I also forgot to mention that Jeff Wiegel took over the art on the Sunday Phantoms from Terry Beatty a few months back! I really like the details on this strip, but I’m afraid that Wiegel got so enthusiastic in panel three that he’s undermining the story a little bit: that tray features some nice-looking rigatoni in red sauce, healthy-looking yellow corn, and mashed potatoes swimming in gravy! If that’s “prison slop,” sign me up! I promise not to rat out anybody! 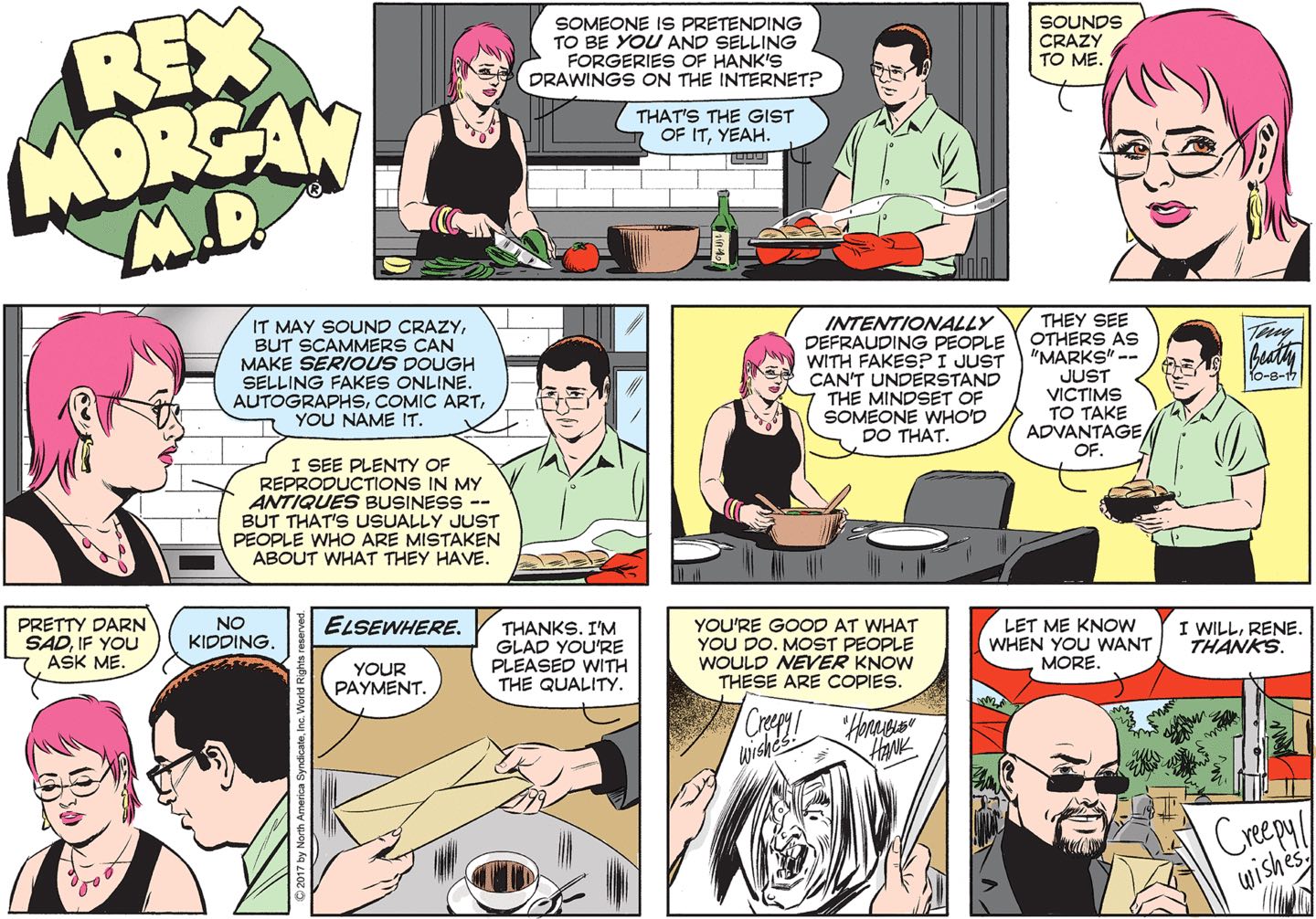 Oh, you can’t understand the mindset of someone who would do that? Take a look, lady: 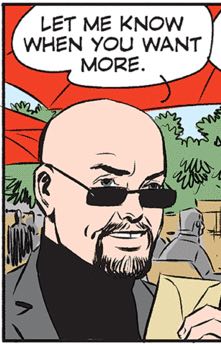 CHECK OUT THIS STONE COLD BADASS

HE DOESN’T CARE ABOUT YOUR “RULES” OR “LAWS” OR “OPINONS”

HE’S JUST GONNA FORGE SOME COMICS ART, GET SOME CASH, AND GET OUT 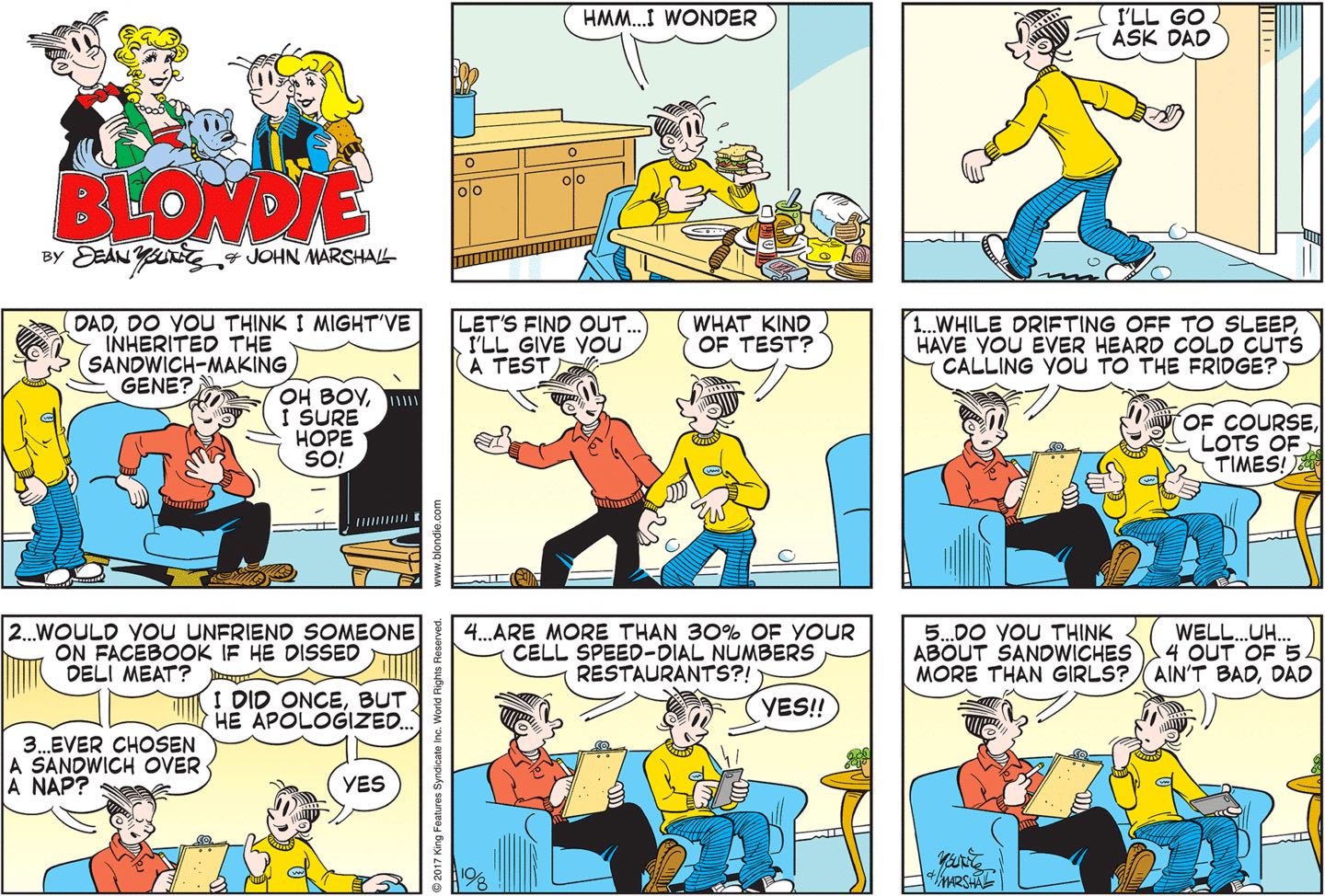 If you’ve ever wondered about the evolutionary sequence of the Bumstead lineage, what with Dagwood and Alexander sharing many of the same unusual features, today’s strip offers some crucial insight: Alexander is almost exactly like Dagwood, except he likes to fuck.