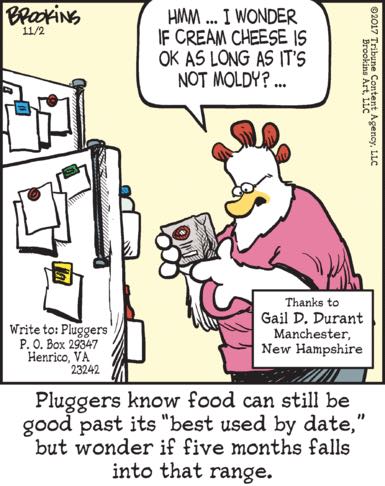 Ooh, we have another Extremely Depressing Pluggers entry to go toe-to-toe with the all-time Extremely Depressing Pluggers champion, “Rhino-Man Hocks His TV!” Do you think today’s entry is meant to actually depict acute poverty, or just a mindset imposed by constant low-level deprivation on our chicken-lady, so that even though she could probably part with the dollar or so that a new half-pound block of cream cheese costs, she thinks that she isn’t worthy of such extravagance, and that whatever mild-to-not-quite-urgent-care-level digestive distress she experiences is just her lot in life and she deserves no better? Either way, it’s still pretty grim.