OK, I know I touched on this briefly before, but for real, I went back and checked, and there have been literally only two Mary Worth plots since the great Zak-Iris romance of late ’16/early ’17: “Dawn The Accidental Summer-Internship Adulterer” and “The Sexy, Dangerous Cruise,” and neither of them by their own internal logic could have taken more than a few weeks of in-strip time. That means that we’re expected to believe that Zak spent maybe a summer developing his game and then getting enough venture funding to build a company around it. This is theoretically possible, but it sure doesn’t speak well of his business acumen that he chose to give both his game and his company a name that sounds like “Zak? Ick!” 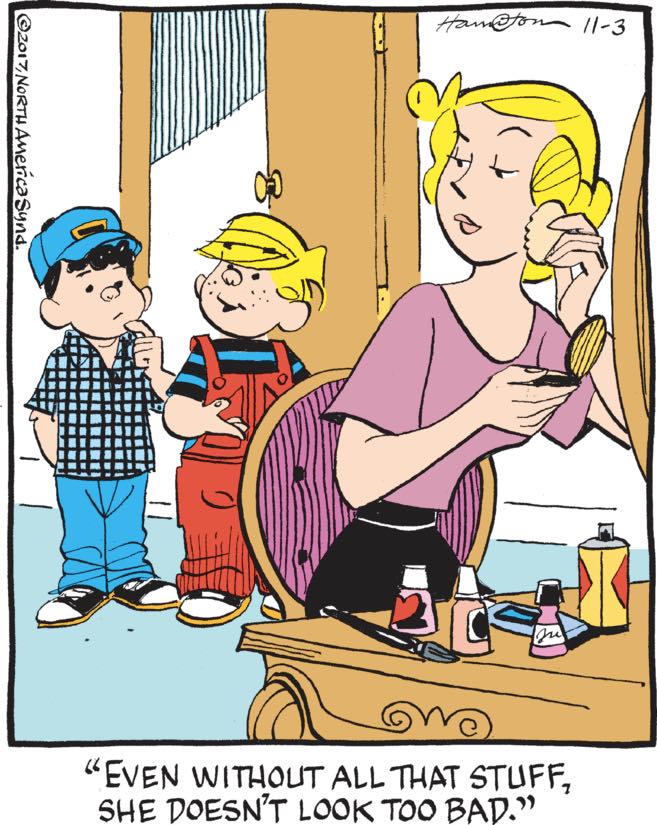 A little kid gushing about how pretty his mom is in vaguely Oedipal fashion? Kinda menacing. A little kid learning pick-up artist techniques from Reddit and “negging” his mom? MENACE LEVELS OFF THE CHARTS

“He’s a gross young man and I spend as little time with him as possible!”