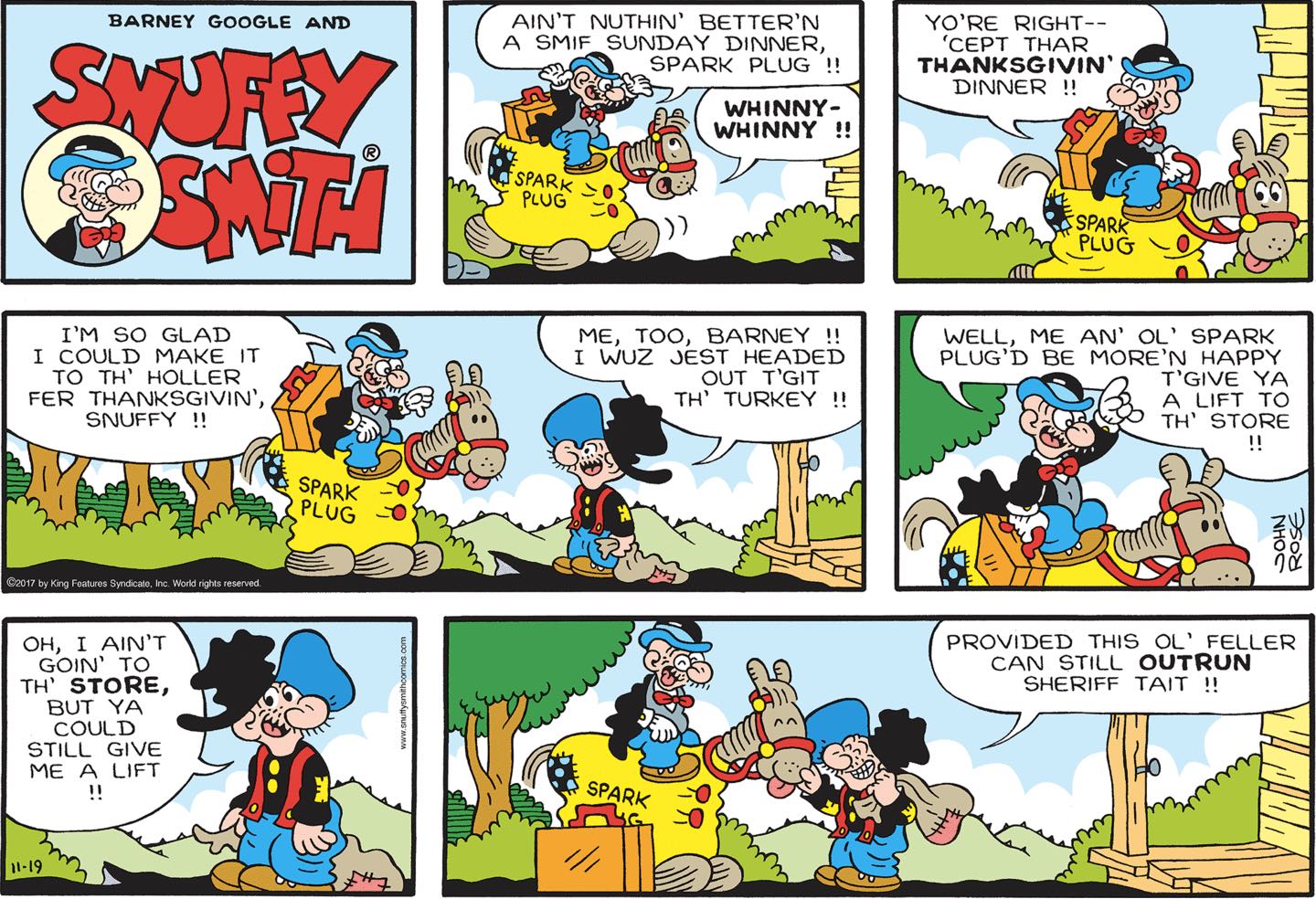 America’s rural, non-coastal areas have some legitimate beefs about how they’re depicted in the media, and it’s a constant sad demonstration of how little cultural reach comics have anymore that nobody has ever tried to organize an angry boycott of newspapers that run Barney Google and Snuffy Smith. A lot of jokes work on the principle of misdirection, and here’s how this one does it: you think city slicker Barney Google, with his talk of “stores,” is going to get schooled by Snuffy, who still hunts for turkey just like the pilgrims and Native Americans did in the 17th century. But nope, turns out he’s just a thief! Ha ha! 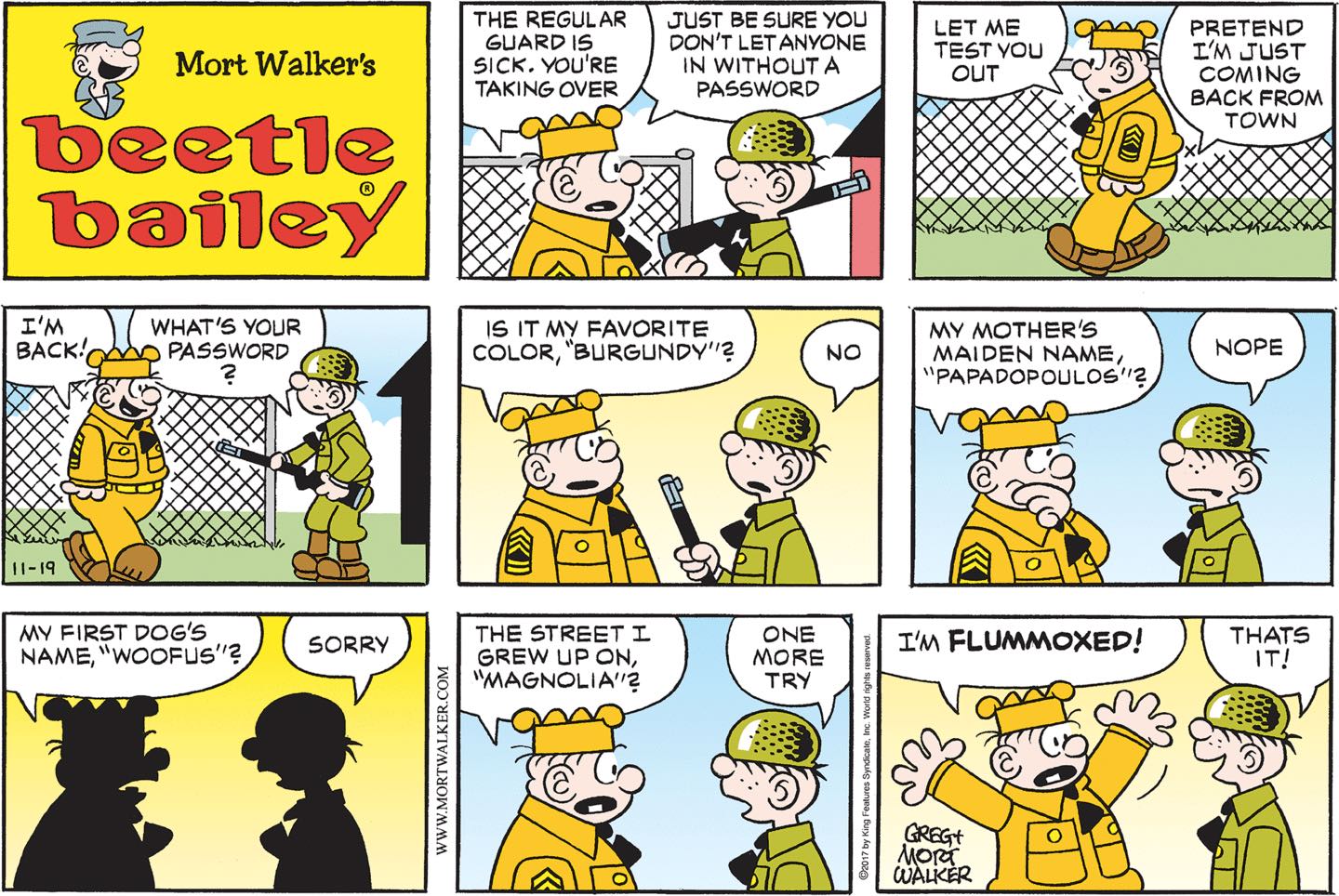 A fun thing about writing a comic strip is that you can get ideas from anywhere in your daily life! For instance, maybe the tech nerds who run the syndicate these days have it set up so you have to log in to upload the comic art now instead of just having your assistant FedEx it like you did for years, and maybe you’ve misplaced the post-it where you wrote down your password. Good news! By the time you manage to log in, you’ve already got next Sunday’s strip written!