Today’s not just the first day of December, but also the first Friday of December, which means my comedy show at the Clubhouse in Los Feliz, The Internet Read Aloud, is tonight! Please come, you will not regret it, this is my promise to you. 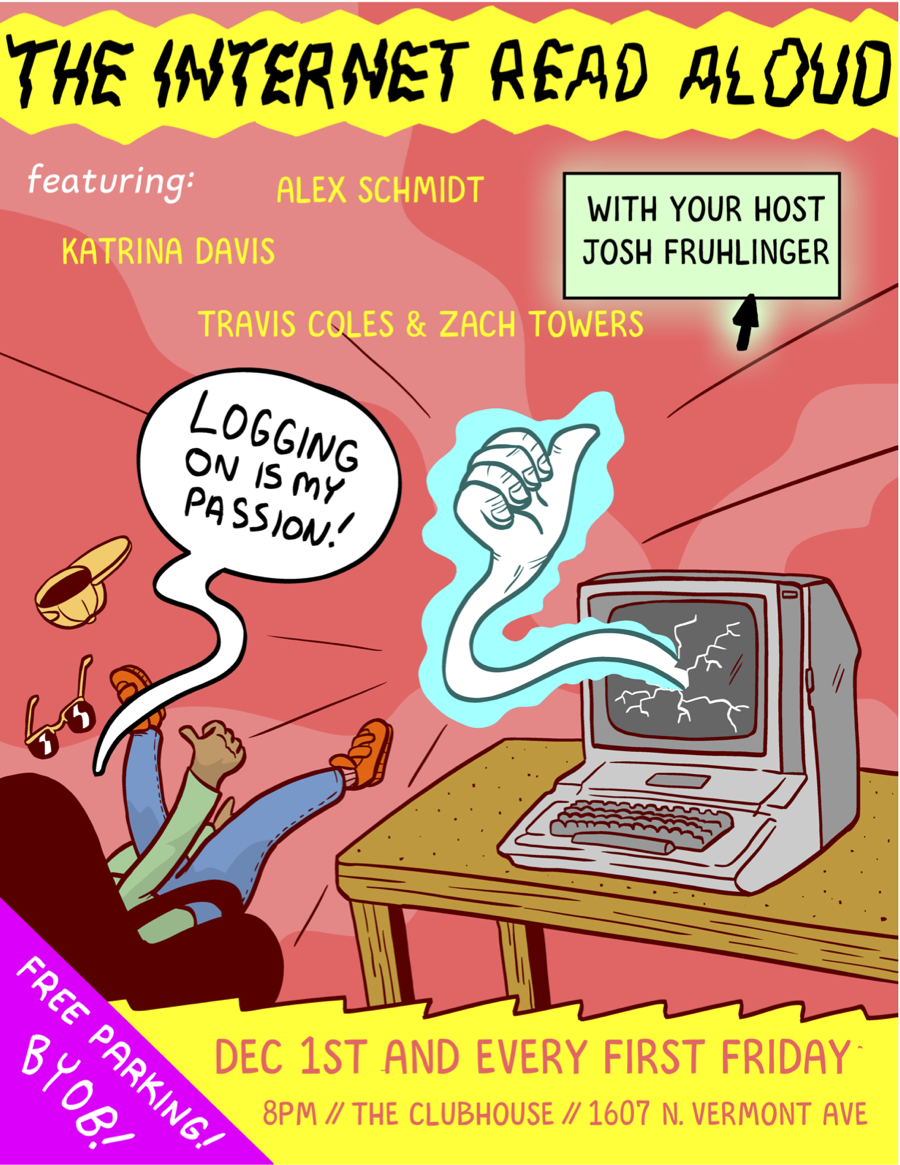 Speaking of good stuff, here’s this week’s comment of the week!

“Is your mother home? I told her I’d stop by on my way to Music Man rehearsal.” –Pozzo

And here are the exceptionally funny runners up!

“Please let this be the only instance in which the title card ‘Dennis the Menace: 21 and older‘ is ever used.” –pugfuggly

“I like the fact that even when depicting the impossible concept of talking Pilgrim turkeys, Gasoline Alley manages not to stray from traditional gender roles.” –BigTed

“Good to see that even famously neutral Switzerland will happily try to kill Hagar.” –Schroduck

“Moe was the brainiest of the Stooges, and Jeffy knows he’s not up to it.” –Artist formerly known as Ben

“*extreme cowboy voice* y’see I came here to, uh, give candy bars to grizzlies and [looks at cue card] fuck shit up. And I’m ALL out of [quick cue card glance] candy bars.” –katakana haru, on Twitter

“The most disturbing thing about this Family Circus is that it’s just Billy and Ma Keane. Are there some double indemnity shenanigans afoot?” –Stop Motion Cyclops

“Somehow, the new title of this strip, MARK TRAIL: VOICE OF REASON, seems to lack a little pizazz.” –Shrug

“Years from now as the nation lies awake at night in terror of the ‘Not-Me’ Killer, Mother Keane will remember this moment.” –Dread

“I kind of love how specific Mark Trail is about where Dirty is taking a walk. ‘Will Dirty decide to take in some Latin stand-up comedy at the Flamingo Theater/Bar? Perhaps he’ll go around the corner and stop in at the Guatemalan consulate! Find out next time on … MIAMI CONSTITUTIONALS.’” –Dagger33

“Just imagine Dagwood’s plump, full lips wrapped sensually around a turkey club on rye. He pouts as a dollop of spicy dijon mustard escapes the corner of his mouth, his tongue darting out to retrieve it. Somebody, somewhere is enjoying today’s Blondie way way too much.” –Escape Zeppelin

“Hey, a newspaper box! I lost my eye to a newspaper box. It was a bleak and muggy dawn outside of Lubumbashi, deep in the Congo. Belgian paras had occupied the airfield, and Mutanga had broken out of prison. The city smelled like copper and death, and the sun didn’t even try to push away the gloom, like it was afraid to gaze down on that little corner of hell. The Mai-Mai were cutting off hands, and the Army was on the run. The whole city was poised on the edge of a massacre, we were all holding our breath, afraid of tipping into the abyss. An impotent tank rolled down the Chaussée de Kasenga and starving children threw rocks at it. The air was full of waiting vultures. Then I saw the newspaper box, and there was a sale on mattresses! I put in my 10 francs but opened the door too damn fast. Took the handle right in the eye.” –Voskhod

“You’re a plugger if the main difference between your husband and your pet is which one gets the treats.” –Dan

“Tingling Brothers! I used to love their ‘Cavalcade of Neuropathy!’” –Peanut Gallery

“See, this is exactly why Wilbur should have put aside his broken heart and stayed at least a few extra days to get those salsa lessons. He’s going to regret foregoing what would have been his only remaining competitive advantage against Zak.” –GDBenz

“You’re a plugger if you submit a joke about a woman who thinks a young man is staring at her, when he’s actually staring at the TV behind her. However, you’re a slacker if you draw a cartoon based on that premise, and it shows no young man staring at the woman, and the TV is turned off.” –seismic-2

“I’d like to know how Dennis managed to master The Doorknob Principle. His arms just don’t look long enough to have reached the latch. On the other hand, this could be just another indicator of a bygone era, when people left their front doors wide open, all the time.” –Charterstoned