Hey everybody! Next week is the first Friday of the month so you know what that means: my live comedy show, The Internet Read Aloud, is back! We had a month off and are coming back extremely refreshed with a great lineup, so this is a great month to come by if you are within driving distance of LA! Here is the Facebook event, which you should click on! 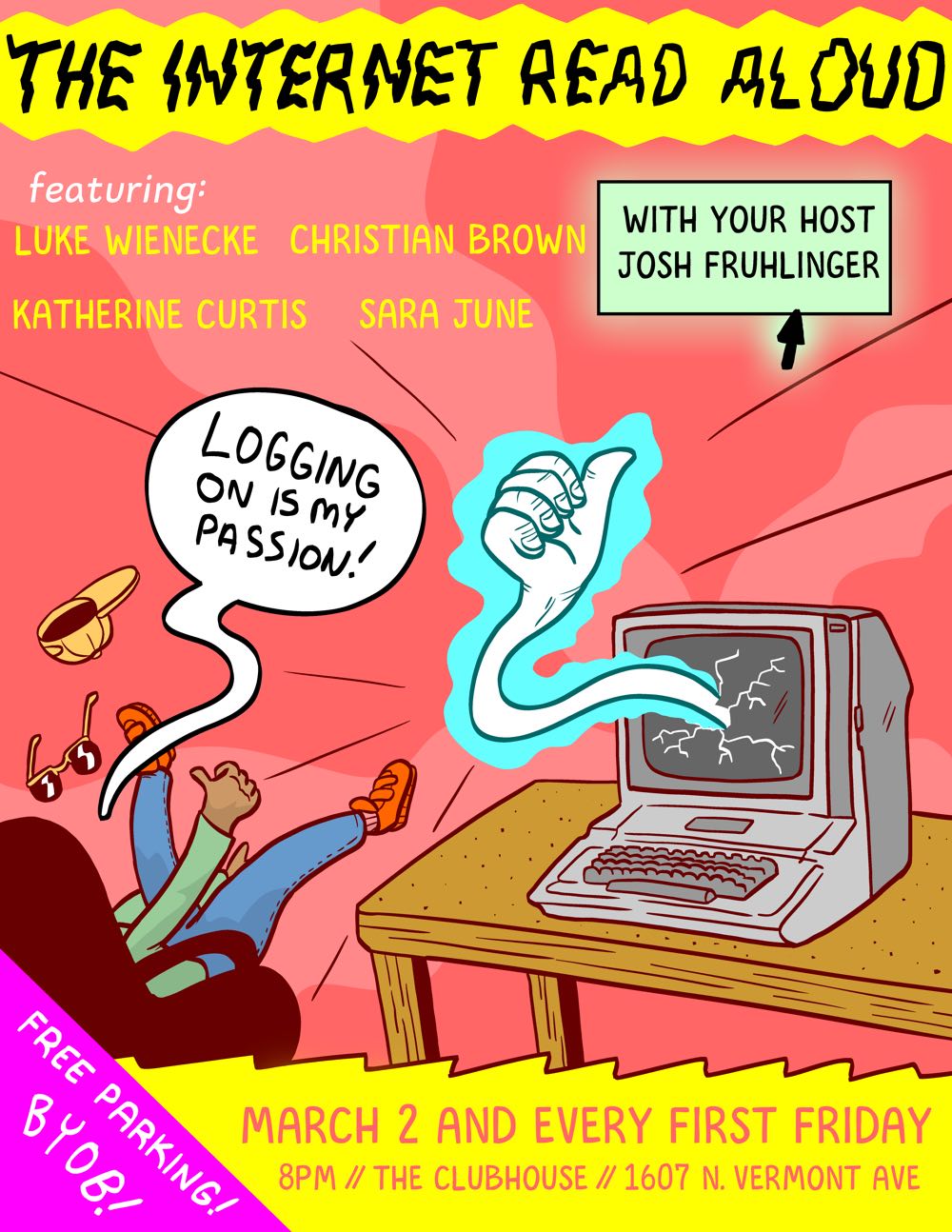 Ahem! And now with that business out of the way, here is your comment of the week!

“The sandwich could be so good that the only way Justin can increase his enjoyment of it is through autoerotic asphyxiation. He’s going about it all wrong, but sometimes when the moment seizes you you simply have to go with what feels right.” –Mike Podgor

And here is a fine collection of runners up!

“Cherry: ‘I’d like to decorate the cabin a little.’ Mark: ‘Fine. Here’s something that could kill us all.’ And that’s the dynamic that makes this marriage work.” –Joe Blevins

“Finally, the reporters at The Daily Billionaire Simon Stagg Found Dead have the story they’ve been waiting so long for.” –pugfuggly

“I… don’t know if this is a ‘dramatic zoom on narrowed eyes while on the phone‘ action movie get-me-the-president kind of moment. But I also don’t want to discourage Mark from exploring an emotional range, even if it only goes from ‘bemused’ to ‘stern.’” –Dan

“So the first step in becoming a nationally recognized brand is to spend your weekends as the sad sample lady at the local market? At this rate, Mary’s timeline toward becoming a muffin millionaire is lagging far behind her life expectancy.” –BigTed

“The really sad thing is, this won’t be the first case of ‘dick grated off’ Doc Pritchart sees today!” –handsome Harry Backstayge, idol of a million other women

“There won’t be enough left of him to bury. But Mary is going to make Jeff dig a grave anyway.” –Kyle Beatty, on Facebook

“This stuff isn’t half bad, so I’m going to fork it through my chest wall directly into my aorta.” –lumaca morente

“I’m not sure why it amuses me so much to assume Hi is listening to ‘Sail Away’ by Enya, but it’s most the strip has entertained me in a decade so I’m going with it.” –Doctor Handsome

“But even though I just stayed home instead of going to the game in case I was needed to pitch relief, when I went to the ballpark the next day, I didn’t get fired! I kept on being a mediocre pitcher on a mediocre minor-league team, just the same! So literacy is over-rated, is what I’m saying.” –seismic-2

“Honestly the most menacing thing Dennis ever does is when he foretells the distant future of the 2010s from his eternal time-home of the 1950s. Can he see beyond to eternity?” –abadidea

“Which cloud contains the malware I wrote to identify compromising photos and upload them to 4chan? BTW, Margaret, did I every tell you how I gained su access to Azure and read your diary?” –Nekrotzar

I’m also a fan of this visual posted to Twitter by longtime faithful reader Dean Booth: