Man, I sometimes I feel like either Funky Winkerbean doesn’t understand the motivations and behavior of actual human beings, or I don’t? Why does Pete need Darin and his family to be his traveling companions? Pete and Darin live in California, so they probably aren’t driving all the way back to Ohio, and it’s not like Darin’s going to spring for Pete’s plane ticket. Pete went to high school in Westview and last we heard had a romantic interest in nearby Centerville, so it’s not even like it would be weird for him to travel there himself! All I can think of is that Pete is so cheap that he wants to split an Uber from the airport, which is weird but at least offers some vague explanation for the “joke” in the final panel. 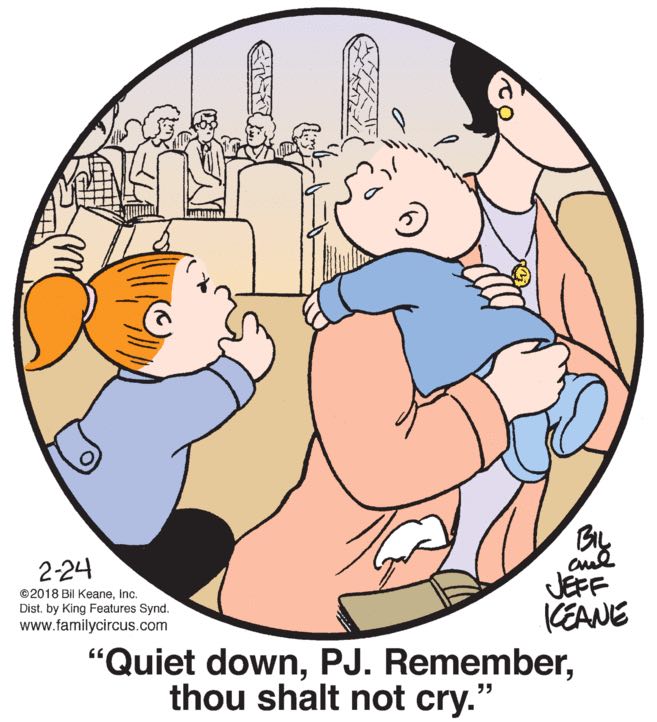 I gotta admit, the idea of someone literate just stone cold making up rules that aren’t actually in her culture’s preferred holy book and imposing them on someone illiterate is pretty funny! After further reflection, I also have to admit that this was probably pretty common behavior for, say, most of human history.

Ah ha, now we see where this Mark Trail plot is going! “Oh, you whiny libs don’t like the way the circus treats the animals, huh? Well, what if the circus just let the animals roam free in your neighborhood??? I bet you’d be in favor of a little animal cruelty then!!!!” I’m honestly excited to learn how Wilhelm the clown fits into this. “Oh, you whiny libs think clowns are scary and disturbing, huh? Well, in this case you’re right, this dude is a straight-up nightmare given flesh.” 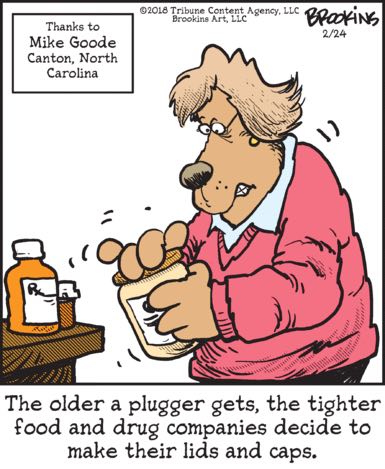 The pluggers were warned that the death panels were coming, so we had to make them extra subtle.