I can imagine a couple possible genesises (geneses?) for this strip that are vaguely interesting as backstory. For example, this could be an instance of a huffy “look what these DEGENERATE LIBERALS are teaching OUR INNOCENT CHILDREN in GOVERNMENT SCHOOLS.” On the other hand, the fact that Shoe is full of bird-people might mean that the “polly”-“parrot” joke is meant to be understood in that context, and this is a shoutout to Shoe’s hardcore base of bird-o-sexual perverts who will be pleasuring themselves tonight to a vision of getting double-teamed by two brightly colored birds who can mimic human speech, including erotic talk.

Sadly, though, my actual assumption is that this strip has the exact same origin story as every other Shoe strip with the loose structure of “a teacher asks Skyler a question that he responds to ‘humorously’”: it’s an excuse to shoehorn in a joke or a bit of wordplay someone thought up, or maybe heard from somewhere else, and that’s it. Skyler’s expression of profound self-loathing in panel three is a chilling reminder of how everyone involved in the production of this strip feels about it, and themselves.

Mary Worth is of course a master of the fine points of etiquette, so I guess roast chicken is the official meal for letting your boyfriend know his friend tried to rape you! 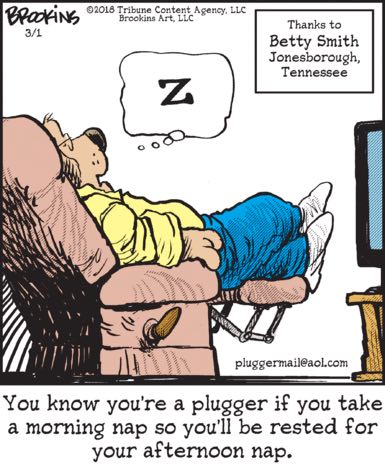 Pluggers’ bodies are breaking down so gradually that, when they do eventually die, it’s gonna take a while for anyone to notice.